10 mins ago
DAX index braces for impact ahead of a busy earnings week
32 mins ago
Market Brief: Nikkei 225 At Monthly Highs Asian Markets on Coronavirus Drug Hopes
54 mins ago
XAGUSD: 4 Simple Reasons Why Silver Price is Trading at a 10-Month High
2 hours ago
Crude oil price slides as investors brace for more supplies – WSJ
2 hours ago
EURUSD is set to reach 1.15 in 3 months – Danske Bank

Lloyds Banking Group extends gains for the sixth consecutive session as investors continue to bid stocks the heavily battered during the coronavirus outbreak. As the fundamentals of the economy, so do the outlook for Lloyds. Lloyds stocks were under selling pressure the last weeks amid the speculation on negative interest rates that will likely hit most the banks with the biggest exposure to retail banking.

Lloyds chairman Norman Blackwell called on UK government to set up a vehicle (such as a bad bank) that will take on debts from some companies unable to repay their government-backed coronavirus loans. If the programme goes ahead, is likely to be compared to the so-called “bad bank” set up by Treasury to handle loans in the wake of the 2008 financial crisis.

Lloyds Banking Group has recently cancelled its dividend’s, and shareholders will not receive any income from the Lloyds stock in the near term. Nevertheless, in the past, Lloyds has offered investors with dividend yields. With that in mind, when regulators allow UK banks to resume dividends, investors might be well rewarded, even I don’t expect that the bank will continue any dividends in 2020.

On Friday, Morgan Stanley reiterated its overweight investment rating on Lloyds Banking Group (LLOY) but cut the price target for the stock to 45p from 50p.

Lloyds rally today adding 4.81% at 37.25 with the capitalization now standing at 26.362 billion. The stock is 40.33% lower in 2020, despite the last month Lloyds has gained over 22%. The short term has turned positive after the stock breached above the 50-day moving average while now as the RSI points to further gains the stock might test the 100-day moving average.

On the upside, first resistance for Lloyds stock stands at 38.12 the daily high.  The high from March 13 will provide the next resistance zone at 40.14. In case the bulls continue the rally the next hurdle is at 40.92 the 100-day moving average.

On the other side, first support will be met at 35 the daily low. A move lower might challenge the low from Friday’s trading session at 34.36. The 50-day moving average would provide the next support at 31.19. 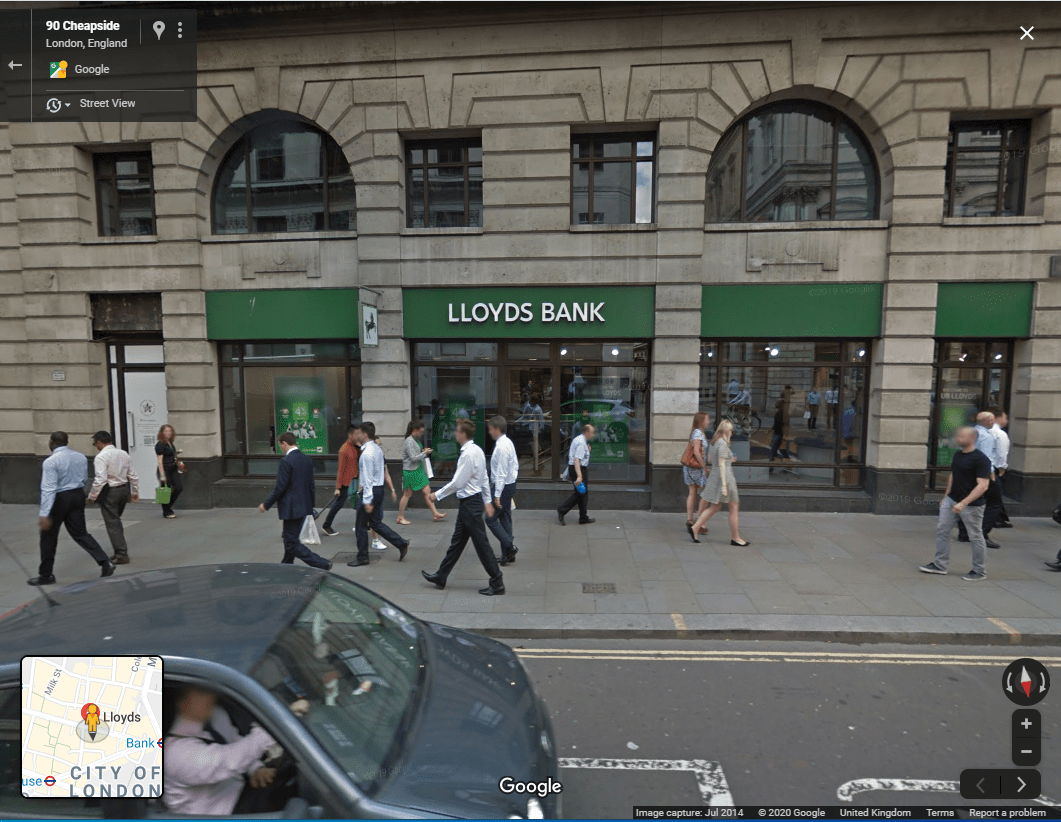