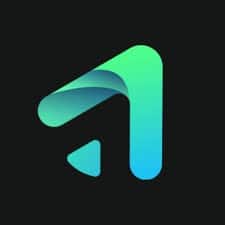 Decentralized leveraged trading platform gTrade’s developer, Gains Network, has asked for $750,000 in funding from the Polygon DeFi. The funds will be essential to helping the company reach the next two significant milestones on its plan.

In the next two months, Gains Network plans to achieve four important goals with an initial investment of $250,000 based on MATIC tokens.  The company set its first milestone a month ago. Since then,  it has maintained daily trading volumes of $30 million or more. It has also attained a maximum collateral amount of $20,000, thanks to the capabilities of its DAI vault. Consequently, it has hit its first milestone entirely through organic growth.

In addition, the network has also locked up  GNS/DAI liquidity of $4 million and added $2 million in total value locked to its DAI vault.  Although these goals seemed lofty when they were set, gTrade has grown at a breakneck pace in recent months and is now well on its way to achieving them, with an average daily trading volume of $20 million and maximum collateral of $20,000.

The new figure is a significant improvement, considering that it could only offer $6,000 in collateral per trade less than two weeks ago. It has also added over $7 million in GNS/DAI LP’s TVL and $1.8 million in its DAI just four days after the vault opened.

In its second milestone, Gains Network targets to raise $500,000 from the Polygon DeFi. This will help it hit its target of $100 million in daily transaction volume over a period of at least 10 days. In addition, it hopes to raise the maximum collateral per trade to $50,000, attract $5 million in stake to its DAI vault. It also hopes to hit $10 million in its GNS/DAI liquidity pool in the second milestone.

Gains Network’s mission with gTrade has always been to give an innovative, decentralized, and fair solution to leveraged trading. It is now time for the world to realize that Polygon is the blockchain to trade with leverage!

Gains Network is currently developing gTrade, a decentralized leveraged trading platform. The platform takes full advantage of the Polygon blockchain and is designed to be lightning fast and liquid..

About Gains Network and its products

Gains Network is a cutting-edge DeFi ecosystem built on the Polygon infrastructure. Liquidity in the GNS/DAI is critical to the overall health of the Gains Network. By joining the network’s liquidity providers, you can receive a portion of the fees earned by the network’s products rather than solely depending on asset price increases.

Gains Network offers four core products. The first is a staking pool where users can earn from their locked assets. The second one is an integrated NFT resource pool with proven use cases, and which are redeemable for fiat. Thirdly, the network has a tradable utility token known as GNS token.

GNS is the network’s utility token, meaning that it is the token that facilitates transactions on the network. It is also among the few crypto tokens that are deflationary.

The fourth product is the gTrade platform, which facilitates decentralized leveraged trading for investors. The gTrade platform is the network’s latest product and is built on the polygon blockchain.  It is interoperable with the Ethereum network and has smart contract capabilities.

The gTrade platform currently has 43 cryptocurrencies, on which investors can get leverage ranging between 5 and 150. In addition, there are 10 major currency pairs, with leverage of up to 1000 times. Thanks to the GNS/DAI pool and the DAI vault, investors don’t have to worry about liquidity on all currency pairs.

The gTrade also provides an efficient ecosystem for hosting DeFi apps. Notably, transactions on the gTrade are faster and substantially cheaper than Ethereum.