Fantom Price Prediction: Is FTM The Next Big Thing in Crypto?

The Fanton price is in a sharp bullish trend as demand for the altcoin soar. The FTM crypto price is up by more than 14% and is trading at $0.6650. This price is more than 325% above the lowest level in June, bringing its total market capitalization to more than $1.6 billion. It is the 71st biggest coin in the world.

Fantom is an advanced blockchain project that helps people build highly customized decentralized applications (DAPPs) and non-fungible tokens (NFT). The project aims to solve some of the leading challenges facing older blockchain projects like Bitcoin. These challenges are speed, security, and scalability.

Fantom uses Lachesis, which is the backbone of the entire network. This is aBFT consensus mechanism that makes transactions built using the network relatively faser and secure. Lachesis powers the Fantom’s mainnet deployment, which is built on Ethereum’s blockchain. FTM is the native token for Fantom’s ecosystem. It is a token that is used for securing the network, facilitating on-chain governance, and paying for network fees.

The Fantom price has been in a strong bullish trend in the past few months. This growth is mostly because of the continued user adoption of the network. It has also collaborated with leading blockchain projects like Chainlink, Raviton, and Band Protocol.

Additionally, the volume of FTM traded every day has risen, with more traders hoping that it is the next big thing in the cryptocurrency industry. In the past few months, we have seen some unknown tokens rise from obscurity to become some of the biggest in the industry. Some of these are Solana and Internet Computer.

The four-hour chart shows that the FTM price has been in a strong bullish trend in the past few months. Notably, the coin has managed to move above the key resistance at $0.5976, which was the highest level on August 22. It has also moved above the upper part of the cup and handle pattern and the 25-day and 50-day exponential moving averages (EMA).

Therefore, while the overall trend is bullish, I suspect that the coin will pullback to the upper part of the cup at $0.5976. This price is about 12% below the current level. On the flip side, a move above $0.75 will invalidate the bearish view. 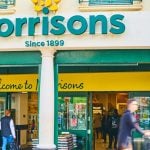 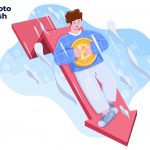 Avalanche (AVAX) Price Prediction: The Trend is Your Friend