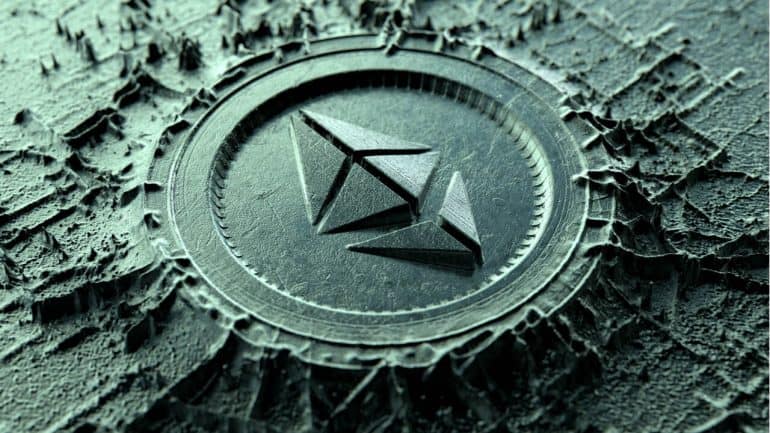 The evolving symmetrical triangle could determine the Ethereum price prediction on the daily chart. Completing the double top of 10 February and 15 February via the downside break of the neckline just above 2794.58 led to the completion of the measured move at 2324.51. A bounce from this support retested the 2794.58 price mark, but this resistance barrier has held firm so far. This barrier now seems to determine whether the bulls or bears will predominate in the battle to establish the direction of the triangle’s resolution.

As the price activity on the ETH/USDT pair starts to challenge the triangle’s upper border at the 2794.58 resistance area, focus must also shift to the geopolitical situation, which has dominated sentiment on risky assets in the last week or two.

It is not immediately clear who the beneficiaries of this airdrop will be. While the news has not translated into gains for Ethereum, it brings more awareness to the chart situation on the ETH/USDT pair where the triangle’s upper border is about to be taken out.

The daily chart paints an interesting picture. Monday’s uptick is now challenging the symmetrical triangle’s upper border. The violation has been followed by an attempted return move. The bulls would hope to initiate a bounce on the violated border to take this move above 3073.16 (27 August/7 September 2021 lows), thus completing the break of the triangle to the upside. This move opens the door for sequential targeting of 3370.68 and 3651.73, as the breakout seeks to complete a measured move around the 4437.16 mark.

On the flip side, rejection at 2794.58 opens the door for the bears to breach the triangle to the downside. Attainment of the 2324.51 support achieves this objective. Downside targets await the price activity at 2013.75 and 1716.50 if the triangle’s breakdown seeks a measured move to the south.