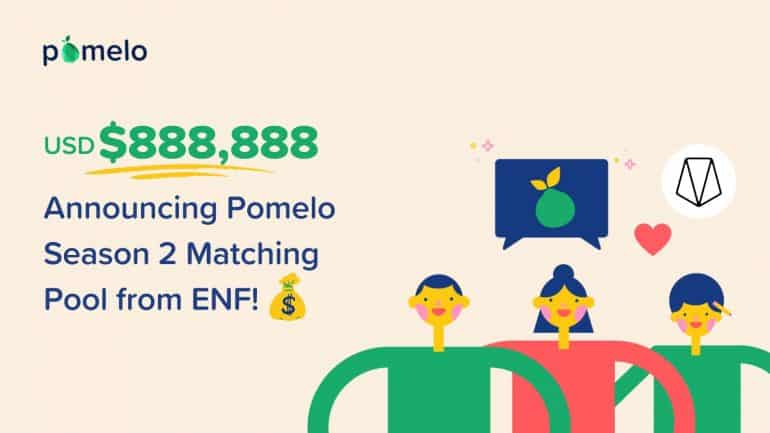 Pomelo, a crowdfunding site by the EOS Network Foundation (ENF), has announced the reintroduction of its grants initiative to support EOS initiatives for the second season. The initiative has seen Pomelo raise its funding to $888,888.88 as part of the Chinese Lunar New Year celebrations. This season’s competition will run from February 4th to 25th. The number 8 is considered a lucky number in Chinese culture. The new fund represents an increase of about 77% over last season’s.

Yves La Rose, the CEO of ENF, stated that the decision to raise funds highlights the foundation’s commitment to supporting public goods. In essence, the fund will double each contribution by an EOS stakeholder.

Ultimately, EOS projects could get as much as $1,777,777 in funding. This will greatly benefit many projects on the network that need financial support. Also, the Pomelo grants funding is likely to incentivize project developers to be more competitive, creative and innovative. The long-term effects will be beneficial to the EOS network because the success of these projects will permeate to EOS.

With greater creativity and innovation incubated in a competitive environment, users will also benefit greatly. The factors mentioned above make a strong case for the network’s continued support for funding of projects.

Pomelo is a crowdfunding platform hosted by the EOS network. It is a community-focused open-source platform powered by Gitcoin. An algorithm calculates funding allocation, based on quadratic funding principles. In simple terms, the algorithm calculates the amount of funds that will match contributions towards each project in a crowdfunding pool. Furthermore, the number of contributors carries more weight than the amount contributed. This preserves the principle of community control and ensures that whales do not have ultimate control over projects.