DappRadar Report: Gaming Stays Up As DeFi and NFTs Dwindle

The report cites a contraction of the US economy by 0.9% in the second quarter of 2022. For the second quarter running, we have seen the United States enter into a period of recession. Disposable income has dropped, while debts like mortgage payments have risen. In order to settle debts and reduce liabilities, investors have been withdrawing funds from the equity market and the cryptocurrency market.

Also, it cites the recent bankruptcy filings of major crypto companies like Celsius and Three Arrow Capital (3AC). That their collapse is evidence of crypto market in trouble has led to regulations like EU markets in crypto assets (MiCA) and current US initiatives to improve the existing regulatory framework for digital assets.

According to the findings, there is an evident fall in cryptocurrencies. DappRadar reports that the number of daily unique active wallets (UAW) connected to blockchain Dapps reached a record low of 1.68 million in July. This represents the lowest level of Dapp activity seen this year. Although it is 20% higher than in July 2021, this number reflects a monthly reduction of 4%.

According to DappRadar, DeFi is the blockchain segment experiencing the most difficulties due to the bear season. DeFi Dapps now have fewer than 500,000 users connecting for the first time since April 2021. This represents a 22% decline from the previous month and a 31% decrease from last year’s figures. 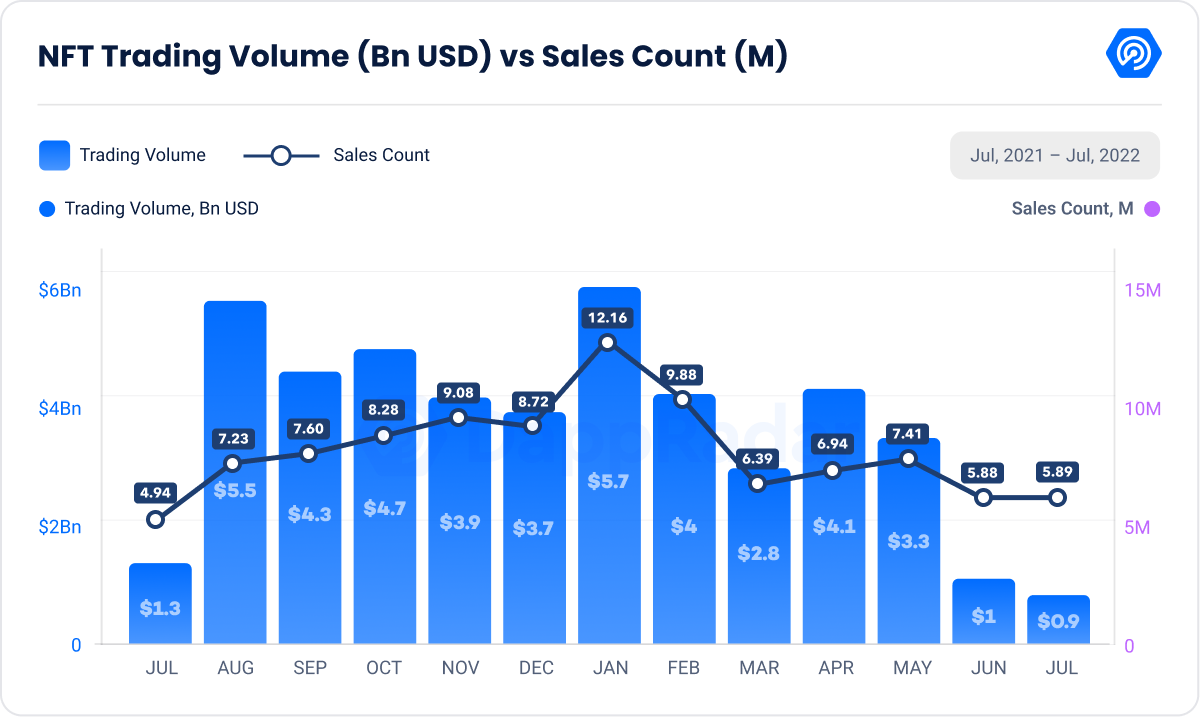 Nonetheless, the entire value of the DeFi industry has increased as a result of the sluggish but steady recovery of the crypto market. During the month of July, DeFi’s Total Value Locked (TVL) grew. As of July 31, the sector’s TVL had risen by 22% from the $67.3 billion it had on July 1st, to $82.3 billion. At the end of the month, Ethereum had a TVL of $57.9 billion, making it the most valuable DeFi ecosystem.

Additionally, according to the DappRadar Industry Report, the NFT market has also shrunk in size. Despite this, the number of UAWs continues to rise. NFT-related Dapps now have over 130,418 daily UAW connections, largely thanks to Solana and BNB Chain, who updated and redesigned their NFT alternatives in response to market demand. The NFT market is in the midst of a bear market. Users are selling their NFT investments to save money for a better moment.

There has been a 25% drop in NFT trading volumes month-on-month. July also saw an 8% drop in the number of traders MoM. The NFT market is largely dominated by Yuga Labs’ four projects, which accounted for little more than 20% of the market’s total trading volume in July 2022. 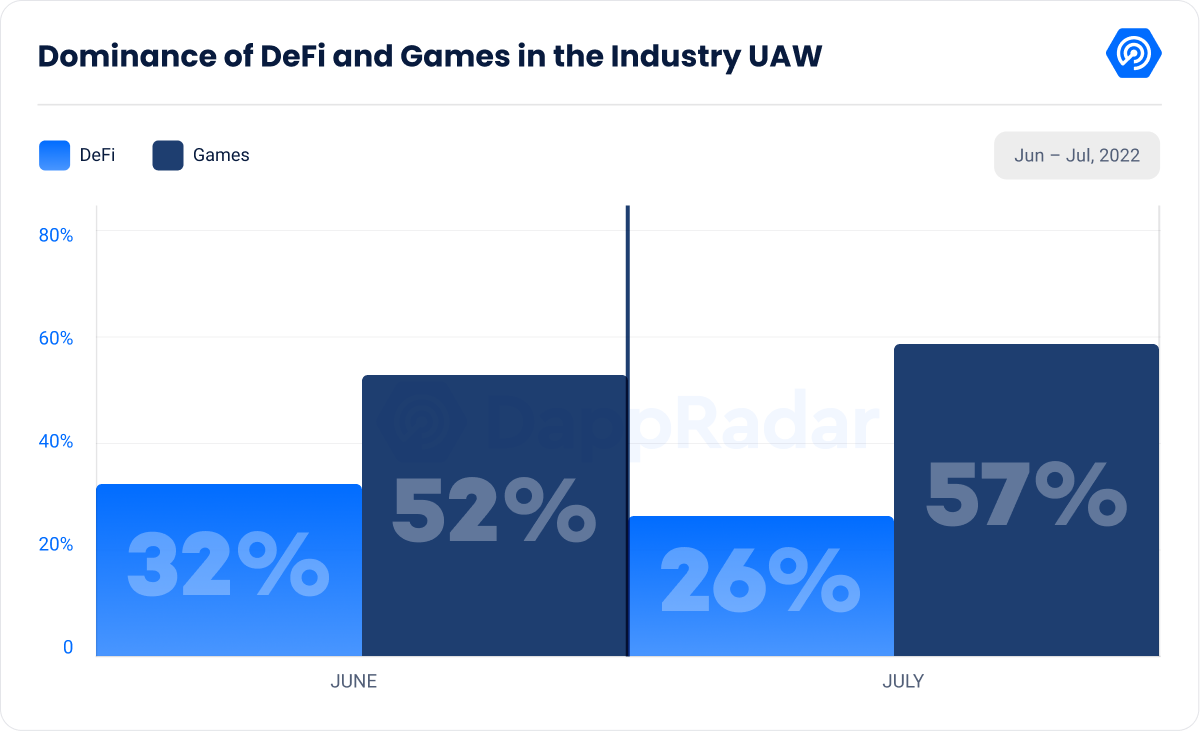 According to the findings of the DappRadar survey, the Gaming industry is bucking the bear market trend. The sector had about one million daily UAW and $857 million in transaction volume. Game domination for the UAW has improved from 52% to 57% over the past month, which is a really good indicator for this industry. In addition, venture cash is flowing into metaverse and blockchain-based gaming enterprises at an ever-increasing rate.

As the global macroeconomic environment signals a possible recession, we will likely see new trends in the blockchain industry. Investors could either liquidate their digital assets or increase their digital assets portfolio as a hedge. It could all depend on how the market performs in its current recovery attempts.