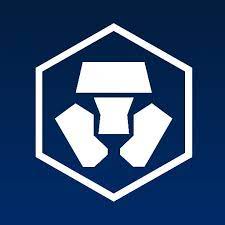 The World’s fastest-growing cryptocurrency trading platform, Crypto.com, has announced a partnership with the Toyota Australian Football League (AFL) and Australian Football League Women (AFWL). The move will see Crypto.com become the two leagues’ official cryptocurrency exchange and official crypto trading platform. The platform has also bagged the exclusive naming rights to the “Crypto.com AFL Score Review” for all of the league’s matches. The partnership will last for five years. It is a continuation of Crypto.com’s strategic investment in sports, in its efforts to increase its user base.

The move into Australian football comes following similar ventures in the NBA with Philadelphia 76ers, NHL’s Montreal Canadiens, and French Ligue 1’s PSG. Other major partnerships include deals with Formula One, UFC, and eSports team Fnatic and Lega Serie A. In addition, Crypto.com won the naming rights to Staples Centre, which has since been renamed “Crypto.com Arena”.

The partners are emphatic about the deal

In particular, Ms. Rodgers appreciated Crypto.com for choosing the Australian Women’s Football League as its first partnership in women’s elite sports. Crypto.com’s Interest in women’s football aligns with the recent research that showed that 53% of crypto users in Australia are women. Therefore, the move is strategic, hoping to leverage the popularity of crypto assets among Australian women. Furthermore, Ms. Rodgers lauded the timing of the partnership, stating that it will help the sport recover from the setbacks of Covid-19.

On his part, Crypto.com’s co-founder and CEO, Kris Marszalek, was optimistic that the partnership would help the company expand its reach. He described it as an effort to expand cryptocurrency adoption in an already strong market. Marszalek pointed out that football is a strong part of Australian culture, making it an excellent entry point.

Crypto.com’s General Manager Asia and Pacific, Karl Mohan, was emphatic that football fans would be receptive to the partnership. Ultimately, Crypto.com hopes to leverage the popularity of football in Australia to draw more users from among the nation’s 25 million people.

Founded in June 2016, Crypto has developed exponentially, establishing itself as the fastest-growing crypto trading platform. It has more than 10 million users and 30 communities across 90 countries. Crypto.com states its mission as leading the world’s transition into cryptocurrency. The company has about 3,000 employees, with its headquarters in Singapore.

Crypto.com operates on the foundation of privacy, security, and compliance. It also takes pride in being the world’s first crypto company to earn ISO/IEC 27701:2019 and ISO 27001:2013. Additionally, Crypto.com is compliant with the Level 1 PCI: DSS 3.2.1 standards. These standards have been verified independently at the highest level for NIST cybersecurity and Privacy Networks compliance. The company also holds the Service Organization Control 2 accreditation.