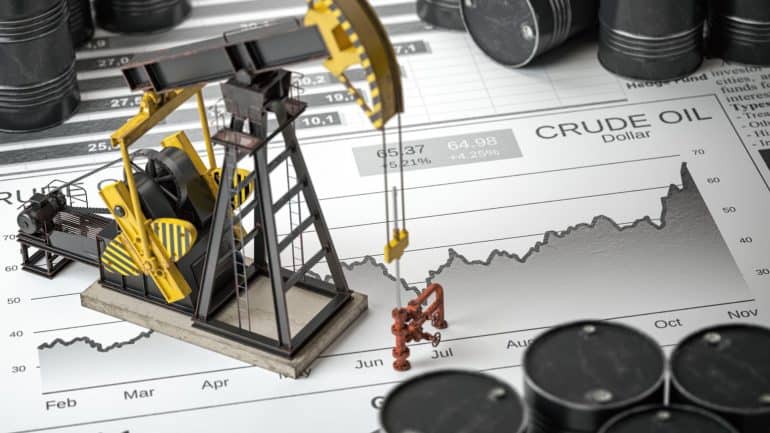 On Thursday, it extended its losses as the market reacted to the surprise build in US crude oil inventories. Crude stockpiles missed experts’ expectations by rising by 515,000 barrels for the week that ended on 14th January. At the same time, gasoline inventories in the world’s leading consumer of crude oil surged by 5.9 million barrels. The figure represents the largest rise since February 2021.

Even with the pullback, the bullish sentiment is still solid. Supply concerns and geopolitical tensions have continued to boost crude oil price. WTI futures have held above the psychologically crucial level of $80 since early last week. Similarly, the benchmark for global oil – Brent futures – are at $86.88; holding steady above $80 for two-and-a-half weeks.

Various analysts expect crude oil price to record further gains in the foreseeable future. For instance, Morgan Stanley forecasts Brent oil will hit $90 per barrel in Q3’22. JP Morgan also expects the commodity to reach $90 per barrel by the end of the current year. Amid the prevailing bullish factors, the target may be reached in coming weeks.

WTI futures have erased some of the week’s gains, even as it remains on an uptrend. On a daily chart, it is still above the 25 and 50-day exponential moving averages.

In the ensuing sessions, I expect crude oil price to remain above the crucial level of 80. In the immediate term, it may experience resistance at around 85 as the bulls gather enough momentum to retest the over 7-year high it hit earlier in the week. However, a move below 80 will invalidate this thesis.