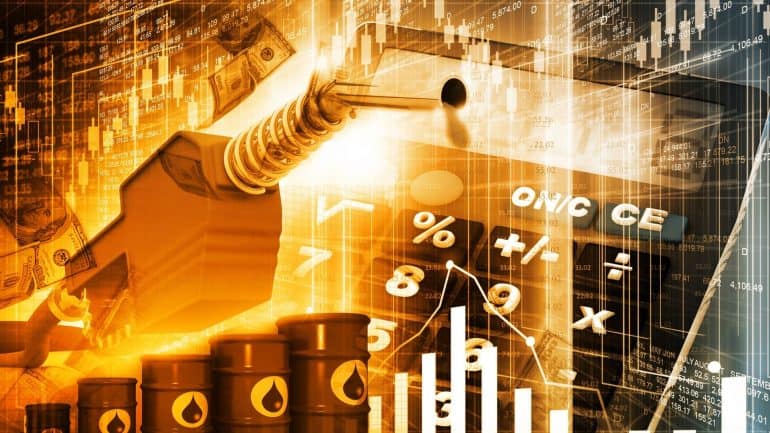 Crude oil price is on a rebound for the third consecutive session. The demand confidence is steadily rising as the negative sentiment triggered by the Omicron variant eases. Various analysts, including those affiliated to Goldman Sachs and Bank of America, have insisted that the market is overreacting to the variant.

At the same time, Saudi Arabia’s decision to increase its official selling prices (OSPs) for customers in the US and Asia has further boosted prices. In the ensuing sessions, inventory data from EIA will impact the demand confidence. Besides, investors are keen on the short-term energy outlook (STEO) scheduled for Tuesday.

Brent futures, the benchmark for global oil, has extended its previous gains and is hovering around 73.50. After dropping to its lowest level in over three months at 65.79, the commodity has been on a rebound. During that timeframe, it has risen by about 11.78%.

At the time of writing, crude oil price was down by 0.12% at 73.54. On a four-hour chart, it is trading along the 50-day EMA and above the 25-day EMA. Based on both the fundamentals and technicals, I expect it to record further gains as the week progresses.

It will likely hover around 73.50 as the bulls gather enough momentum to push it to its next target at 75 or further up at 75.50. On the flip side, it will probably continue to find support along 72. Below that zone, 71 will be a viable support level for crude oil price.