Since the beginning of the year, there has been a lot of movement in the crypto markets. The initial rally drove new investors to buy bitcoin, pushing prices of the entire market to new heights.

One of the best-performing cryptocurrencies of the beginning of the year was Cardano, one of the direct competitors to Ethereum. The price of ADA, the native cryptocurrency of the blockchain, skyrocketed from $0.15 to over $2 in a matter of months.

While the price has retraced quite a bit since these levels, this cryptocurrency still presents some great fundamentals that could provide some upward momentum for ADA.

This article explores the basics behind the Cardano blockchain and its ADA cryptocurrency and provides a list of its advantages over competing blockchains. Let’s get started.

Cardano is an open-source proof of stake blockchain that provides smart contract functionalities. As such, developers can use it to launch decentralized applications, making them globally available.

Created in 2017 by Charles Hoskinson, one of the co-founders of Ethereum, the Cardano blockchain tries to solve some of the issues of other projects. Namely, it aims to be faster than Bitcoin, more decentralized, and provide cheaper transactions and gas fees than Ethereum.

Why is Cardano different from other cryptocurrencies?

So, you must be wondering what makes Cardano different from the dozens of other PoS blockchains already present on the market. The main difference of Cardano is that, unlike other projects, it didn’t release a whitepaper.

Instead, it aims to be a scientifically peer-reviewed blockchain, always using the best practices to provide the optimal crypto ecosystem. To achieve this, Cardano boasts the following characteristics:

The Cardano blockchain is composed of two main elements:

These layers can interoperate and communicate seamlessly. At the same time, they can function separately, allowing transactions to be carried on even when the network is computing smart contracts or experiencing essential updates.

A second unique aspect of Cardano is its proprietary consensus mechanism called Ouroboros Proof of Stake. In this validation mechanism, users can become full node validators or delegate their stake to other superusers to validate transactions on the network.

In Ouroboros, time is divided into epochs, and for each epoch, a new set of validators is voted in by the system. This allows for better diversity and decentralization of the pool of validators.

Validators are rewarded with new ADA tokens to distribute to everyone who delegated their stake, effectively creating an opportunity for passive income.

Cardano has a wide array of advantages. Below are 5 of the most important ones compared to competitors in the crypto sphere.

What can be expected from Cardano?

Unfortunately, not all of Cardano’s advantages are presently available. Some of them remain in development or deployment, and we will need to wait a few years until the Cardano roadmap is fully complete.

However, below are some of the updates that are expected to be deployed shortly:

Cardano is an excellent PoS blockchain that provides cheap and fast transactions. The upcoming updates could push this project’s valuation even further up. Soon, we could see ADA compete with Ethereum and Binance Coin for the top 3 cryptocurrencies by market cap. 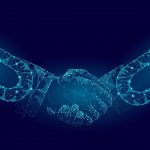 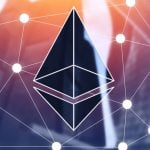 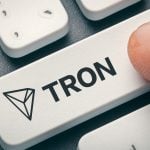