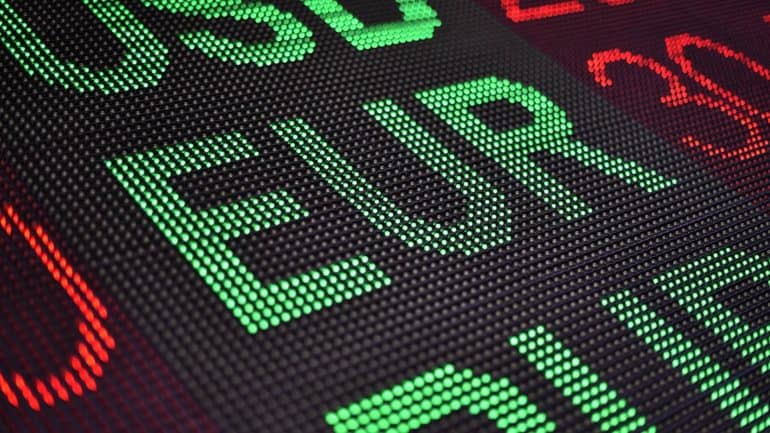 EUR/USD has extended its gains after dropping to its lowest level since July 2020. This article will dive into the key drivers and EURUSD forecast for 2022 and beyond.

Why is EURUSD so popular?

The popularity of EUR/USD is based on the fact that it represents two of the largest economies in the world- Europe and the United States. Subsequently, the currency pair is characterized by high daily volumes and liquidity.

Similar to other currency pairs, the EUR to USD exchange rate is affected by factors at a local and international level. On the one hand, politics and policies within the Eurozone are often influential on the pair. For instance, in late 2021, Austria imposed fresh lockdowns while Germany considered following suit. On the other hand, the domestic rules weighed on the Euro, an aspect that triggered a 17-month low of $1.1185 as of 24th November.

The economic health of the US and Europe is another aspect that investors often look at in their EURUSD forecast. This includes data on employment, consumer prices, and retail sales.

Monetary policies by the European Central Bank (ECB) and the Federal Reserve (Fed) also affect EUR/USD. Indeed, the hawkish tone exuded by both central banks is the key prevailing factor for the currency pair.

As aforementioned, the currency pair’s current movements are influenced mainly by the ECB and Fed’s monetary policies. In the past week, Fed’s hawkish stance pushed EUR/USD to $1.1121; its lowest level since June 2020.

In its interest rate decision, the Fed indicated its plans to hike interest rates for the first time since December 2018 to tighten its monetary policy. Indeed, Fed Chair Jerome Powell has stated that the central bank will likely be aggressive in the tightening.

The financial markets are currently projecting that the Feds funds rate will be at the 150 to 175 interval with a probability of 24.8%. A sharp rise of the current rate interval of 0 to 25.

EURUSD is also reacting to the ECB interest rate decision released on Thursday, February 3, 2022. While the central bank left its rates unchanged, its hawkish shift has boosted the currency pair to close to a three-week high of $1.1448.

What to Expect from ECB

As one of the influential factors, EURUSD forecast for the short and medium-term largely revolves around the ECB policy vs. the Federal Reserve policy. On the one hand, the European central bank stuck to its guidance for the asset purchase program and interest rates. But, on the other hand, it acknowledged the heightened inflationary pressures and upside risks in a hawkish turn.

Goldman Sachs expects the European Central Bank to enact two interest rate hikes in the course of the year. The investment bank expects ECB to hike rates by 25 bps on each occasion in September and December.

Besides, the market is pricing in a probable hike of 10bps in June and a 40bps rise by the end of the year. The latter scheduling appears to have a higher implementation chance than the predicted mid-year hike.

What to Expect from Fed

The Fed’s path to tightening its monetary policy is also at the core of the EURUSD forecast for 2022 and beyond. This is because the US central bank turned more hawkish than expected in its January 2022 meeting.

Before the meeting, the market had priced in four interest rate hikes in 2022, with the first one being in March 2022. Granted, a rate hike in March remains feasible as the Fed strives to tighten its policy aggressively and deal with the heightened inflationary pressures at the highest in four decades. However, the market is now pricing in for between five and seven hikes by year-end.

Investors also expect the Fed’s bond purchase program to end in March. Last week, the Federal Open Market Committee indicated that the program would run at $30 billion in February. The focus will also be on the reduction of its $8.9 trillion balance sheet. This is set to begin after the bank has started increasing interest rates.

In addition to the fundamentals, technical analysis is crucial for a viable EURUSD forecast for 2022. After hitting its lowest level since June 2020 in the past week at $1.1121, it has rebounded by about 2.95%.

As long as it continues to trade below the 200-day, which may be the case in the short term, the bears will remain in control. In the coming months, the range between the psychological level of 1.1200 and the 200-day EMA at 1.1568 will be one to look out for.

EURUSD forecast 2022 will largely revolve around ECB and Fed interest rate decisions and the overall health of the two economies. Therefore, investors will be keen on the two central banks’ path in tightening their monetary policies.

At the moment, Fed appears more aggressive in its tightening journey. A continuation of that tone relative to ECB’s efforts may curb EURUSD upward potential. Besides, increased demand for the US dollar as a safe haven may weigh on the pair. This is in line with the Russia-Ukraine conflicts and other events that may occur in the near future.

While the firm’s EURUSD forecast for 2025 is viable, it is important to note that analysts can get it wrong. As such, individual research on the fundamentals and technicals is crucial. Besides, it helps a trader to stick to the formulated trading strategies.

EURUSD forecast 2030 may be rather difficult to formulate due to the high volatility associated with the pair. As an investor, it will be helpful to steady track ECB and Fed policies, the health of both economies, and politics at the domestic and international level.

Is EURUSD a Good Investment?

As aforementioned, EURUSD represents two major economies. Therefore, it is an attractive asset to include in one’s portfolio, seeing that it will always exude high volatility. However, while it offers investors numerous trading opportunities, it is important to trade EURUSD based on one’s risk appetite. This means that one shouldn’t trade with money they are not willing to lose.