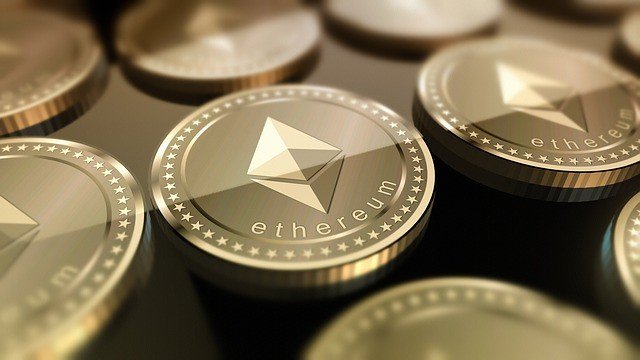 The Ethereum blockchain is one of the most reputable crypto ecosystems, setting the stage for developing decentralised applications (DApps). Ethereum’s native token Ether is currently valued at over $400 billion, while the price of one token is $3,421 according to Coingecko metrics.

However, the growth has come with its fair share of challenges. Ethereum faces a massive scalability issue, given the current Proof-of-Work (PoW) based chain can only handle an average of 30 transactions per second. The slow nature of this blockchain has forced its community to come up with long-term solutions, with the most notable being Ethereum 2.0, where the network will fully transition to a Proof-of-Stake (PoS) consensus.

While it may take a few more months before Ethereum 2.0 fully debuts, stakeholders have been implementing fundamental changes through Ethereum Improvement Proposals (EIPs). The latest upgrade featured in the London hard fork encompassed five EIPs, including the famous EIP 1559, introducing a base fee on Ethereum transactions and a deflationary tokenomics model.

As the crypto community gears up to disrupt traditional finance, many experiments are being done to find feasible models. Ethereum, in particular, has been one of the most active chains both fundamentally and in terms of adoption. The latest upgrade, ‘London hard fork’, sparked a lot of excitement on the news that Ether will become a deflationary asset based on the EIP 1559 proposal.

This long-awaited EIP introduced two significant changes to the Ethereum blockchain. First, EIP 1559 incorporates a base fee on Ethereum based transactions, allowing users to predict their costs for specific operations. Additionally, users can opt to pay a ‘tip’ over the base fee for their transactions to be given priority.

The second significant change, which excited most of the community, is the deflationary tokenomics model introduced under EIP 1559. Under this new EIP, network fees are burned instead of being distributed to miners. Essentially, this takes Ether coins out of circulation as more transactions occur within the network.

Barely two months in, over 297K Ether coins have been burned, roughly worth $1 billion, according to Watch the Burn. Ideally, this means that 297K Ether coins are entirely out of circulation, and the number will continue to increase as the network grows. Ethereum Foundation developer Tim Beiko recently told Decrypt that taking coins out of circulation creates ‘deflationary pressure on the network.’

While Ethereum’s shift to a ‘deflationary’ asset is a highlight, this model has been in action within prominent ecosystems, including Bitcoin and Qtum blockchain. Bitcoin’s deflationary model is based on the network’s halving, which takes place after every four years. The last Bitcoin halving occurred in May 2020, effectively reducing the mining block reward from 12.5 BTC to 6.125 BTC.

As for the Qtum blockchain ecosystem, the project follows an almost similar model to Bitcoin, with its halving scheduled after every four years. This relatively new blockchain network features an open-source, public blockchain platform where developers can modify the settings to suit their smart contract needs.

Qtum’s hard fork took place in April 2021, and its first halving is set to occur on December 1, 2021. The blockchain network, which operates with an efficiency of 32-second blocks, has a maximum token cap supply of 107.8 million coins. Under its current deflationary model, the last Qtum token will likely be mined in 2045.

Put simply, the supply of new Qtum tokens added into circulation/minted will be reduced by half after every halving. Similarly, Qtum’s staking rewards program, which currently offers an ROI of 16% per annum, is also set to reduce by half. For instance, the December halving will likely see Qtum’s staking APY drop from 16% to 8%, depending on how many people have staked.

Going by these developments, crypto projects favour deflationary tokenomic models based on the market laws of demand and supply. Assuming that some successful projects will be around for years to come, the reducing supply of their native tokens will likely have a positive price effect if demand remains constant or increases.

It has been the role of central banks or the federal reserve to keep economies in check for a long time. This is done through monetary policy tools such as open market operations, reserve requirements, discount rates and interest rates.

There have also been more aggressive approaches such as printing money or what the crypto community refers to as ‘printers going brrrr’. Though it is in the best interests in most cases, monetary authorities have triggered a significant rise in inflation due to money printing.

On the contrary, decentralised ecosystems do not rely on any central party to define monetary economics. That’s why we see a lot of experimentation with the likes of Bitcoin and Ethereum.

As far as development is concerned, two models appear to have taken the lead: inflationary and deflationary tokenomics. Most stakeholders prefer the latter, but there have also been successful cases of merging both models depending on a project’s stage. That said, buckle up as cryptocurrencies usher in a new paradigm of monetary economics.