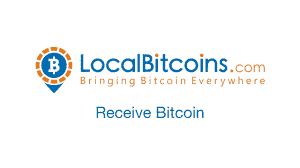 LocalBitcoins, the world’s leading peer-to-peer Bitcoin marketplace, has announced a major milestone, passing the 200,000 mobile app downloads mark. The development is significant because it comes only a few months after the exchange launched its iOS and Android platforms.

LocalBitcoins has experienced tremendous growth since its launch in 2012, with its footprint spread over 100 countries.

The high growth rate has seen it provide support in 19 languages, with more languages set to be added soon. Until October 2021, LocalBitcoins operated on web browsers. That was a growth inhibitor, considering the limitations of App-less operations in this era. For instance, some users found the web interface congested and difficult to navigate. In addition, third-party applications could not integrate LocalBitcoins, which limited its usability and adoption.

Commenting on the 200,000 downloads milestone, Jukka Blomberg, LocalBitcoins’ Chief Marketing Officer, described it as “truly amazing”. He added that enabling more languages on the platform demonstrates their commitment to making crypto access easy and inclusive for everyone.

The exchange launched its Android app in October 2022, followed by the iOS app in November. To register 200,000 downloads in four months is certainly a significant growth indicator. Additionally, it is an essential step to helping LocalBitcoins maintain its lead as the world’s most popular P2P exchange.

The lack of an App was also detrimental to LocalBitcoins, considering that two of its leading competitors have mobile Apps. The exchange currently faces competition from Paxful and Binance exchange’s Binance P2P. Nonetheless, it maintains a healthy lead over the two.

LocalBitcoins is a peer-to-peer Bitcoin exchange platform launched in 2012. It supports buying, selling, storage and transfer of BTC. User-to-user transactions are free on the platform. The platform has over 100 payment options, making it accessible to everyone in the supported countries.

At the time of writing, LocalBitcoins had transactions worth about $10.5 million over 24 hours. The average transaction size during that period was $661. The majority of transaction volume came from Russia, Europe, South-East Asia and North America.