Dogecoin Price Prediction: Does This Rebound Has Legs?

The Dogecoin price has bounced back as part of the overall cryptocurrency prices rebound. DOGE has jumped by more than 8.86% in the past 24 hours bringing the seven-day returns to more than 21.25%. It has been in the green in the past six consecutive days.

What happened? Dogecoin price has bounced back after the relatively positive statements about the currency and digital currencies recently. At the recent B Word Conference, Elon Musk said that he was still long Bitcoin, Dogecoin, and Ethereum. He said that he will not sell them any time soon in response to whether he was pumping and dumping the shares.

And during the weekend, it was reported that Amazon was working to start accepting Bitcoin by later this year. It also emerged that the company was looking to hire a blockchain executive. Acceptance by Amazon will be a key development because of the role it plays in the American economy.

Therefore, the Dogecoin price is mostly rising because of the overall performance of Bitcoin. BTC is trading at around $38,000, which is slightly below the weekend high of $39,000. This performance raises hopes that the coin will soon have a bullish breakout to above $40,000.

In my last article on the Dogecoin price prediction, I asked whether the coin had bottomed. I concluded that there was a high probability that the coin will now see more demand going forward. On the daily chart, we see that the coin formed a major support at $0.1625. It formed what looks like a double-bottom pattern. Further, the coin remains below the 50-day and 100-day moving averages. It is also slightly below the neckline of the double-bottom pattern at $0.2930.

Therefore, with Bitcoin rising, there is a high probability that the coin will break out higher soon. If this happens, the next key level to watch will be $0.30, which is about 30% above the current level. This prediction will be invalidated if the price breaks below the support at $0.1625. 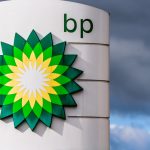