Bitcoin Cash Price Up Ahead of May Hard Fork 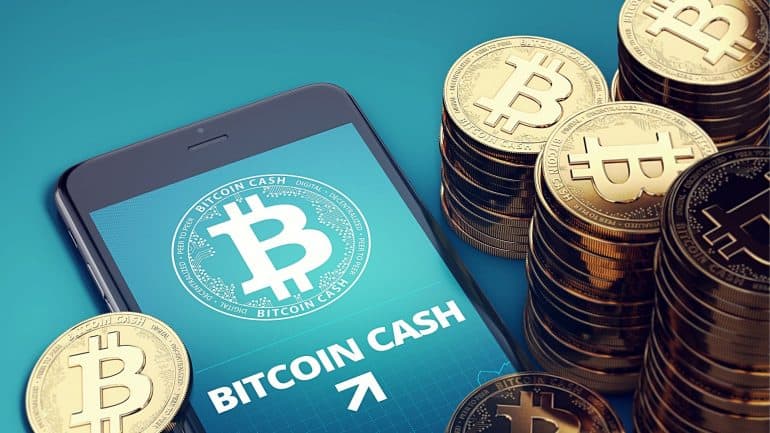 The Bitcoin Cash price is up by two percent in the early hours of today’s trading session. The surge in price comes amidst increased optimism that the upcoming Hard Fork might result in another aggressive push to the upside.

Bitcoin Cash (BCH) has seen a significant surge in price over the past few days, with the cryptocurrency jumping nearly 3% in the past 24 hours. The reason for this sudden increase in value is believed to be related to the upcoming hard fork for the Bitcoin Cash protocol, set to take place in May.

A hard fork is an upgrade in any blockchain network, and the upcoming hard fork for Bitcoin Cash is set to bring added security and privacy to the network. Additionally, developers are planning to introduce “CashTokens” to the network, which will enable decentralized applications to be built directly on the Bitcoin Cash blockchain.

Other proposed improvements include smaller transaction sizes, which will help to speed up transactional times, and smart contract functionality, which will allow for the creation of Bitcoin Cash-based applications that offer recurring payments, derivatives trading, and crowdfunding opportunities, among other uses.

The fundamental improvements to the Bitcoin Cash network, coupled with a general bottoming of the currency’s price, has set the stage for a potential price surge in the coming weeks. Mechanism Capital founder, Andrew Kang, noted on Twitter that the charts for BCH “look insanely bottomed and ready for impulse.”

Another factor that could contribute to the rise in price for Bitcoin Cash is the possibility of it becoming legal tender in St. Kitts and Nevis, a Caribbean country, as early as March 2023. While the plan is not confirmed, it was reported to be in the discussion stages in November of last year.

In light of these developments, some predictions have begun to circulate that before the update on May 15th, the price of BCH could rise. As the current price is a long way from the 2021 peak, the potential for growth is there, as long as the 2023 trend is similar to that of 2019.

Based on the fundamental analysis above, it is clear that Bitcoin Cash is set for another bullish push. On the technical side of things, the recent price action also shows patterns that indicate a continuation of the bullish trend.

Therefore, my Bitcoin Cash Price forecast expects its value to continue rising for the next few trading sessions. There is a high likelihood we might see it trading above the $200 price level within the first quarter of the year. A drop below $100 will invalidate my bullish analysis.