XRP Price Prediction: Can Ripple Hit the $1 Mark Before April 2022? 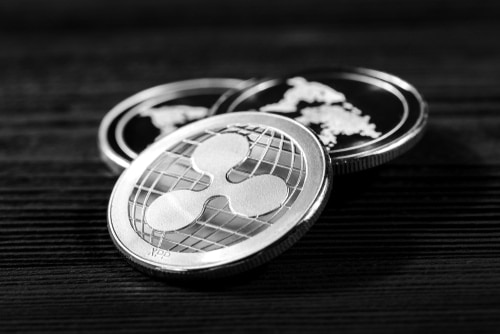 After several weeks of underperformance, there are indications that the Ripple price could recover soon following a gradual upside shift in the XRP price predictions. Triggering this renewed positive outlook is the emerging pattern on the XRP/USDT pair’s daily chart, showcasing traders’ responses to recent happenings within Ripple Labs.

XRP price predictions are starting to swing away from the long-standing court case between Ripple Labs and the US Securities and Exchange Commission (SEC) towards the inherent fundamentals of the project. Ripple’s On-Demand Liquidity (ODL) product, Ripple’s enabler for swift and low-cost cross-border payments, is set to achieve global coverage for the first time ever. This was announced by the General Manager of RippleNet, Asheesh Birla. According to Birla, the ODL currently operates in 22 markets, with new partnerships being signed at a rapid rate.

Ripple seeks to overtake SWIFT as the primary player in the global cross-border payments market. RippleNet presently boasts of a transaction volume of $11billion, achieved at the end of 2021. Ripple’s valuation has also soared to $15billion, thanks to a share buyback that was funded by a Series C financing round.

Ripple also has several new projects planned for 2022. It plans to accelerate the development of the XRP Ledger, with more than 1 billion Ripple tokens already committed to the project. This initiative is an extension of the XRP Ledger Grants project and is meant to finance new initiatives and the development of new use cases for Ripple. $6m has been paid out as funding to more than 50 projects built on the XRP Ledger. The third round of applications has been opened, with Ripple indicates that the grant will help launch DeFi programs, an accelerator program, a diversity/inclusion fund, and a sustainability program.

Ripple’s Case with the SEC: Updates

The court handling the case between the SEC and Ripple Labs has ordered the release of a 49-page document provided by Perkins Coie, an international law firm. This document had advised in 2012 that the XRP token was not a security. This document was provided to the former Director of the SEC’s Corporate Finance Division. It probably formed the basis of his declarations of the non-securitized status of several tokens, including Ethereum and Bitcoin.

It is also noteworthy to state that former SEC Chairman Jay Clayton had written to Congressman Ted Budd in 2019, indicating that Ripple was not a security. Ripple has presented these as evidence to buttress its case, saying that Ripple functioned more as a currency used mainly in providing cross-border payments, not as security traded in the markets. Several countries recognize Ripple in this manner. Canada, Switzerland, the United Arab Emirates, and the United Kingdom all view XRP as a non-security token.

Following a decline from November 2021 when the discovery of the COVID-19 Omicron variant set off a round of selling in the crypto market, the XRP price predictions have been bearish. This could change after the crypto appeared to have found a bottom around the $0.60 price mark in early February 2022. Since then, the XRP/USDT pair gradually gained some upside traction, touching off the $0.9 price point before a brief correction sent the pair downwards to $0.70.

The picture on the daily chart of the XRP/USDT pair is that of an evolving ascending triangle. This pattern is usually a continuation pattern in an uptrend, but sometimes can be a bottoming pattern in a downtrend. A break of the 0.7975 resistance is required to complete the pattern, opening the door to a measured move that targets 0.8805 (10 December 2021 high).

If the advance continues above this resistance, the 0.9547 and 1.0682 resistance barriers become the next targets in line. There is also the potential for a pitstop at the 1.000 psychological price level (24 December 2021 high). On the flip side, if the bears extend Friday’s rejection at the 0.7975 resistance below the triangle’s lower border, this tilts the sentiment towards a touch off the 0.7102 support. This move would also invalidate the ascending triangle.