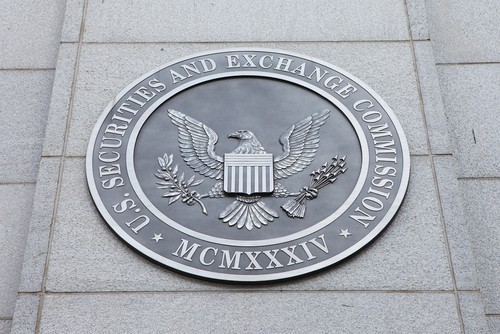 The XRP price has been in a strong sell-off lately as investors continue worrying about multiple factors like the Federal Reserve and the ongoing SEC vs Ripple case. The Ripple coin is trading at $0.7361, about 62% below its all-time high. In addition, Its market capitalization has dropped to about $34 billion.

Investors have focused on the ongoing SEC vs Ripple case in the past few months. Expectations are that the SEC will lose the case based on the recent unsealed documents by the court overseeing the case. The most recent event is that the Judge allowed the unsealing of Ripple’s 2012 memos. These documents show how Ripple received advice on how to avoid making XRP a security in the eyes of regulators.

If they made it a security, they were required to follow a longer procedure when raising the initial funds. Further, the judge has also offered a few wins to Ripple by allowing several deliberative process privileges. One of these privileges is to reveal the difference between the XRP and ETH in the eyes of regulators.

Implications for XRP after the verdict

It is too early to determine when the SEC vs Ripple verdict will happen but most analysts expect that it will happen in the second quarter of the year. There are three main scenarios. First, Ripple and SEC could reach a settlement out of court. Just recently, the agency reached a similar agreement with BlockFi that allowed it to pay $100 million. However, it is unlikely that the SEC and Ripple will settle because of the time and resources that members have spent.

Second, if SEC wins, the judge can levy a fine on the company and its executives. While such a headline will be negative, the impact will be positive for XRP prices. In the past, we have seen similar fines among corporates.

Finally, if Ripple wins, the initial response will be positive for the XRP price as investors buy the dips. But the longer-term price action will depend on how Ripple moves forward. As you recall, while the Ripple price dropped sharply after the SEC filed the case, it then made a remarkable rally. The opposite could also happen.

There are two other things to watch out for if Ripple wins the case. First, it will be worth seeing whether MoneyGram will restart its relationship with the company. Second, Ripple could file to go public. In past statements, Ripple’s management has hinted that they will take it public at a valuation of over $15 billion.

The daily chart shows that the XRP price has been in a major meltdown in the past few months. The coin is now trading at $0.7347, which is slightly below the key resistance level at $0.8552. This resistance was the lowest level in October last year.

At the same time, the coin has moved slightly below the 25-day moving average and conducted a break and retest pattern. Therefore, the path of the least resistance for the coin is lower with the next key support level being at $0.50. The invalidation point for this thesis is at $1.