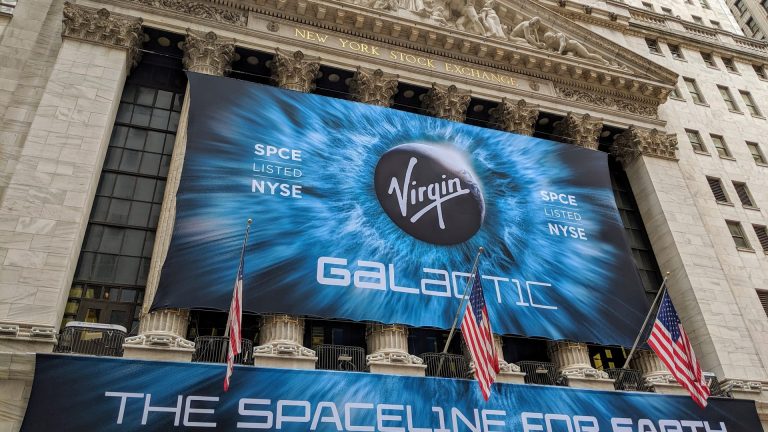 Virgin Galactic stock is trading in a narrowing range, leading to volatility decreasing and the price squeezing into a tight pennant pattern. Both of these developments indicate the price could be about to explode. However, as always, the question investors will ask is ‘in which direction?’.

Virgin Galactic Holdings Corp (NYSE: SPCE) is renowned for its volatility. Since listing in 2019, the stock has traded between $6.90 and $62.80. Furthermore, we have seen three rallies of over 300% and two drops of more than 77% during that time. Not to mention numerous wild gyrations in between. However, there have also been bouts of relative quiet, which have caused volatility to decline. At the moment, we are experiencing one such period of calm. The 10-day historical volatility has declined to 55.98. The reading could be considered high for blue-chip stocks, but it’s very low for Virgin Galactic stock. In the past, when volatility has dropped to this level, it preceded a substantial move in the price, which leads me to believe that SPCE is ripe for a violent breakout.

The daily chart shows the stock price is between trend support at $22.60 and trend resistance at $24.75. Yesterday’s closing price of $25.49 is within a whisker of the significant opposition, and should SPCE move higher today it could finish the week with a breakout. If this happens, next week could see a return of volatility and an extension higher. The immediate targets on the upside are the major moving averages. The 50, 100, and 200-day averages are bunched together between $28.30 and $29.15. If Virgin Galactic clears the 200-day at $29.15, a move to the August high of $35.54 should follow.

However, if SPCE drops below $22.60, the breakout is on the downside, which could lead to a sustained decline, targeting the May low of $14.27. And although the predicted moves are exaggerated, that’s what you expect with Virgin Galactic. At the moment, I am leaning towards a bullish breakout, although either eventuality is possible. Therefore, traders should prepare for either to play out.