USD/ZAR is on a price consolidation pattern after hitting a one-week high earlier on Thursday’s session. The price movement has slowed down as investors await the interest rate decision by the South African Reserve Bank (SARB). The central bank commenced its meeting on monetary policy yesterday and is scheduled to present its decision today. Analysts expect the interest rates to remain at the current 3.5%.

However, the central bank is expected to hint at the rise of interest rates in the near future. This expectation is founded on the recent consumer price index (CPI) data. While February’s CPI of 0.7% was higher than the previous month’s 0.3%, it missed the estimates of 0.9%. Besides, the figure came in at 2.9% compared to January’s 3.2% YoY.

In today’s session, South Africa’s producer price index is set for release. USD/ZAR will also react to the Q4 US GDP numbers. Analysts have forecasted an annualized growth of 4.1%. Besides, today’s data on initial jobless claims will influence the value of the greenback against other currencies. The predicted 730,000 is lower than the previous 770,000.

USD/ZAR is trading above the 20 and 50-day exponential moving averages. However, it is still within the bearish flag, which has been in formation for over two weeks. At its current level of 14.9295, bulls are trying to test the psychological mark of 15.00. It is likely to find resistance at this level in today’s session before trying to break out on the upside. Once it manages to move past that resistance level, the next target will be 15.11.

On the flip side, depending on the SARB interest rate decision, a fall to 14.80 is likely. If that happens, the next level to watch out for will be 14.70. 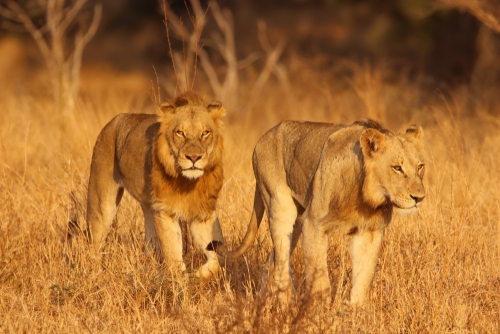 USD/ZAR: Here’s Why the South African Rand is About to Soar

USD/ZAR: Why is the South African Rand Rallying?