The apex bank in Russia will commence the testing of a digital ruble in 2022. This is according to a report from the Bloomberg terminal that quotes the Head of the Russian Central Bank Elvira Nabiullina.

The first feelers of the Russian Central Bank moving in this direction came in April when the bank indicated its plans to launch a stablecoin linked to the Ruble. With the announcement, Russia joins several other countries in various stages of testing of national digital currencies. A further boost may also come for Bitcoin from this development, as the Russian government is also said to consider using Bitcoin as bridge crypto for contractual settlements.

The Ruble weakened slightly on this announcement, trading 0.19% lower against the greenback. 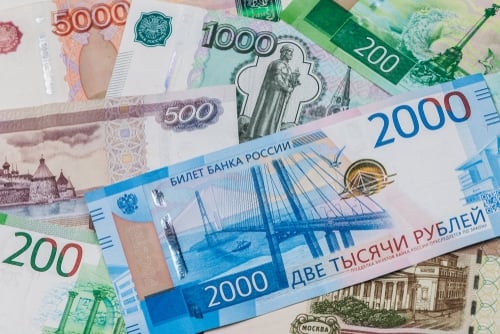 USD/RUB Soars 1.37% As US Threatens to Slam New Sanctions on Russia