USD/CAD News: To Recoil Ahead of US Inflation Data 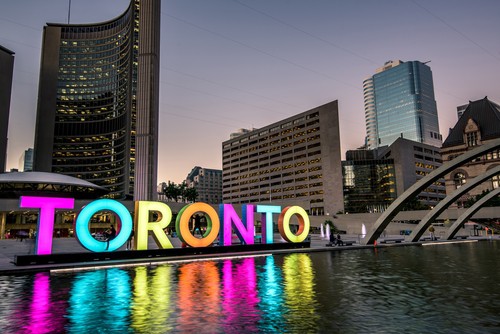 The USD/CAD exchange rate pulled back slightly on Wednesday ahead of the upcoming American consumer inflation data scheduled for Thursday. USD to CAD rose to a high of 1.3437, which was a few points above this week’s low of 1.3357. This price is about 2% below the highest point in December of last year.

The USD to Canadian dollar exchange rate drifted upwards after the latest statement by Jerome Powell. In his first speech of the year, the Federal Reserve Chairman avoided talking about monetary policy issues. Instead, he reiterated that the bank will maintain its independence and continue focusing on its key mandate of price stability and low unemployment rate. He insisted that the bank will avoid working on cultural issues like climate change.

His speech was a bit disappointing because he did not react to last week’s jobs report. Data by the American government showed that the country added over 225k jobs in December while the unemployment rate dropped to 3.5%. Wages declined from 5.2% in November to 4.7% in December, which is a good thing for the Fed. Therefore, analysts believe that the bank could start its pivot soon.

US inflation data ahead

There are signs that inflationary pressures are easing. Retailers like Target and Walmart announced significant discounts during the holiday season. Similarly, the prices of key commodities like natural gas have inched downward in the past few months. The average gasoline price has moved from last year’s high of $5 to about $3.3.

A lower inflation figure will put pressure on the Fed to continue the pivot that started in December when it hiked rates by 0.50%. It had hiked by 0.75% in the previous 4 meetings.

The four-hour chart shows that the USD/CAD spot forex pair has been crawling higher in the past few days. It has moved below the 25-day and 50-day moving averages, meaning that bears are still in control. The pair has also moved below the important level at 1.3485, the lowest level on December 28. The MACD has formed a bullish crossover.

Therefore, the USD to CAD exchange rate will likely have a bearish breakout ahead or after the US inflation data. If this happens, the next key support level to watch will be at 1.3300. A move above 1.3485 will invalidate the bearish view.