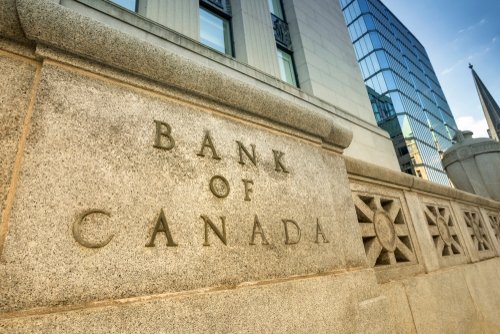 The Canadian Dollar lost some ground against the US Dollar as the Bank of Canada elected to leave its key interest rate unchanged at 0.25%. However, the BoC says it expects that there will be a need to raise rates, but this decision will be guided by the bank’s commitment towards the 2% inflation target.

The decision by the BoC to hold rates steady is considered a market disappointment as there had been some expectation in some quarters that the bank would take a more hawkish stance. With the Fed’s meeting winding down today and culminating with a decision, the USD/CAD is expected to gain some upside traction on a weaker Loonie.

However, any CAD weakness will be capped as oil prices are trending higher. Furthermore, if the Fed does not tilt towards a more hawkish tone than is expected, we could see the impact of any rates divergence opinions fade. This will then allow oil prices to be the primary determinant of the USD/CAD’s direction for the rest of the week.

The USD/CAD is currently trading a tad higher, after the pair moved 60 pips upward following the BoC’s decision.

1.26477 remains the immediate barrier restraining further upside on the pair. If the bulls uncap this resistance, 1.27419 becomes the new target. 1.27978 and 1.29241 are also in the picture as other targets to the north if the Fed delivers a hawkish statement.