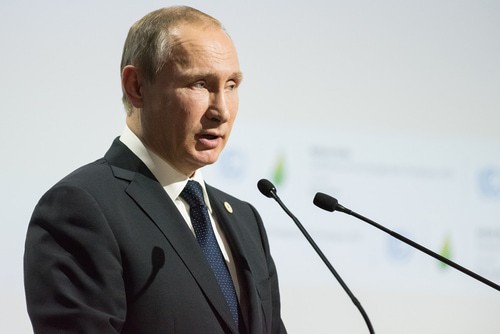 The escalation of geopolitical tensions between Russia and Ukraine did not impact price action much on Tuesday, allowing the FTSE 100 index to register some slight gains.

The FTSE 100 had started the day on a bearish note as news of Russia’s recognition of breakaway Ukrainian territories as independent states soured the market’s mood. However, positive earnings from Smith & Nephew PLC and Intercontinental Hotels group PLC upped the market sentiment.

Smith & Nephew is up 3.9% after it doubled its operating profits for the last financial year. Despite hitting profits of $494m, which were lower than analysts had expected, the resumption of dividend payments by Intercontinental Hotels excited investors, who ramped up demand for the stock. The 3.93% gains it recorded sent it to the third position on the FTSE 100 gainers’ chart.

Russia sent in more than 10,000 “peacekeeping” troops in what looks like a coded invasion after recognizing the separatist Ukrainian regions of Luhansk and Donetsk. But while markets in Europe and Wall Street seems vulnerable, the FTSE 100 index managed to pull off some gains on Tuesday. How come?

The FTSE 100 index has substantial commodity exposure. Rising energy and metal commodity prices and the UK’s inflationary environment appear to have positioned the FTSE 100 to withstand the impact of geopolitical factors better than its peer markets.

Price action on the FTSE 100 is currently a battle of sentiment, with a de-escalation of the Russia-Ukraine situation supporting a risk-on bias that could send the FTSE 100 to new highs. On the other hand, further escalation could constitute a risk-off event, leading to a more significant selloff. This week, the FTSE 100 index is up 0.16% after Tuesday’s 1.11% uptick enabled the index to pare some of Monday’s losses.

The FTSE 100’s recovery resilience is about to be tested at the 7648.7 multi-year resistance. Last week’s decline following a rejection at that price barrier has degraded the 7527.7 support, turning this level into new resistance.

Monday’s violation of this price level could not be sustained as the market selloff following Russia’s action has put the market under pressure. A further decline from rejection at 7527.7 sends the FTSE 100 to the 7360.1 support. If the market weakens further, the channel’s lower border at 7360.1 could come under threat of a breakdown. If this plays out, 7232.7 and 7116.7 become the new targets to the south. 6964.9 and 6813.0 remain strong support pivots and only come into the mix on an additional price deterioration below 7116.7.