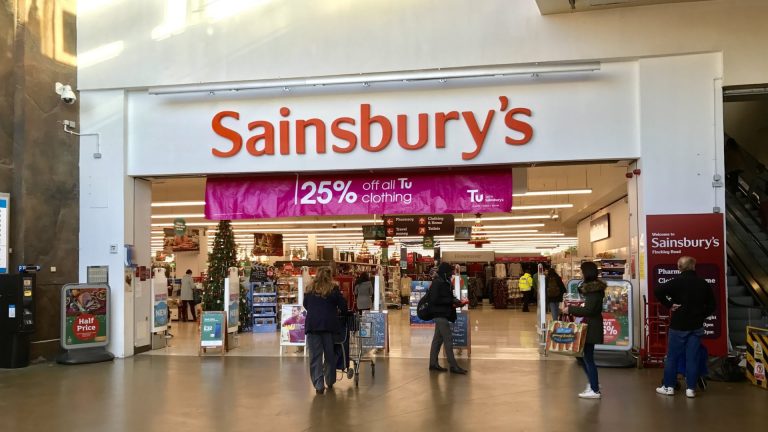 The Sainsbury’s share price has been under intense pressure in the past few weeks as investors remain concerned about higher costs and the ongoing supply shortage. The SBRY stock is trading at 285p, which is about 17% below the highest level in September.

Sainbsury’s is one of the biggest retailers in the UK. The company is best known for its grocery stores and its hundreds of fuel stations. It is also a power provider to homes and companies.

Therefore, the company has faced some key challenges in the past few weeks. First, because of driver shortages, the firm has seen many of its fuel stations run dry in the past few weeks. The same trend has happened to many companies in the industry like BP, Shell, and Tesco. Still, there is a possibility that the situation will be sorted out soon now that the government has mobilized the military to deliver fuel.

Second, the company is facing a challenge as wholesale gas prices rise. In the past few months, the price of natural gas has jumped to an all-time high as demand has risen. And there is a possibility that the trend will continue in the near term as winter approaches. This trend has even seen many power providers go out of business. Therefore, there is a possibility that Sainsbury’s too will be affected.

Third, the Sainsbury share price has dropped because of product shortages and higher cost of doing business. Recently, many companies have reported a significant worker shortage. As such, many are paying more money in a bid to incentivise new employees.

The next key catalyst for the SBRY share price is the upcoming Morrison’s auction that will take place during the weekend. Analysts will watch how the auction will go on and the actions of the losing bidder. There is a possibility that they will start targeting Sainsbury’s as well.

The daily chart shows that things have not been good for the Sainsbury’s share price. The stock has fallen by about 17% from its highest point in September. As a result, the shares have moved to the 25-day and 50-day moving averages. It has also formed what looks like a head and shoulders pattern while the Relative Strength Index (RSI) has dropped.

Therefore, the path of the least resistance for Sainsbury’s is downwards. The next key level to watch will be at 255p, which is about 11% below the current level. On the flip side, a move above the key resistance at 300p will invalidate the bearish view.