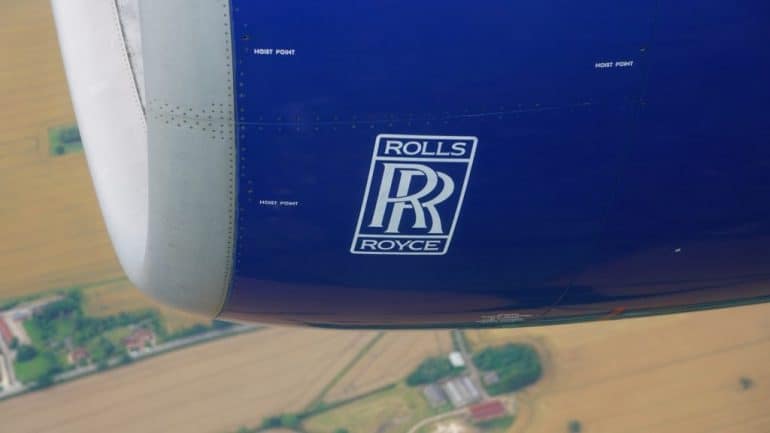 The Rolls-Royce share price has attempted to make a comeback in the past few days after dropping sharply in December. The RR stock price is trading at 121p, about 13.2% above the year-to-date low of 107p. However, this price is also 20% below its all-time high, bringing its total market capitalization to about $13 billion.

In its civil aviation segment, the company sells and services some of the best-known aircraft engines in the world. For example, its engines are used in the Airbus A380, the biggest passenger aircraft ever.

Contrary to many people’s beliefs, Rolls-Royce does not make most of its money by directly selling aircraft engines. Instead, most of its income is servicing the jets that it sells to its customers. This explains why the company struggled a lot when most airlines packed their jets during the pandemic.

The company makes power systems that power ships and other marine products in its power business. Finally, the company develops products used at sea, land, and air in its defence segment. Last year, Rolls-Royce landed a deal to supply engines to the US military.

Rolls-Royce has many competitors. Its biggest competitor is General Electric, the biggest jet engine manufacturer. Other key competitors are Pratt and Whitney, BAE Systems, and Honeywell.

As shown below, the Rolls-Royce share price has underperformed that of the FTSE 100 index year-to-date. So even as its business fortunes are expected to do well this year, that has happened.

For one, aviation is expected to go back to normal this year. Most countries like the UK, Australia, and the US have announced plans to reopen their aviation sectors. That happened after the number of vaccinated people continued rising.

Reports have also shown that the Omicron variant is not as severe as the other variants. Therefore, analysts expect the industry to rebound in 2022 but not go back to normal. Fitch noted that the sector would accelerate and remain below pre-pandemic levels in a report. They expect that a full rebound will happen by 2024.

The Rolls Royce share price has therefore declined because of the issues surrounding 5G. Many airlines announced flight cancellations in January as worries about 5G remained. There are concerns that the addition of C-band frequency, which the Federal Aviation Administration (FAA) warned, will interfere with aircraft’s instruments.

Another reason why the Rolls-Royce share price has dropped is because investors are concerned about the cost implications of the company’s plans to launch several nuclear power plants in the UK. According to the FT, the company has started talks with the Nuclear Decommissioning Authority in a bid to lease disused plants to launch its own. However, while investors welcomed the plan, there were worries that the company would spend millions of pounds on the venture.

Is Rolls-Royce a good investment?

There are several reasons why Rolls-Royce Holdings is a good investment. First, the company is set to return to growth in the next few years as the global aviation industry bounces back. This growth will happen at a time when RR has become a leaner company than how it was before the pandemic. It has sold some of its most unprofitable divisions and reduced its costs.

Second, as the pandemic showed, there are benefits in being a diversified company. For example, when its aviation revenue crashed, the power and military contracting business offset the company’s results.

Third, the company has become a major in clean energy. In 2021, the company entered into a long-term deal with the wealthy Qatar government that will see it develop climate-tech businesses in the UK and Qatar. RR is not contributing a vast amount of money to this venture. Instead, most funds are from the Qatari government, with Rolls Royce providing technical knowledge.

Fourth, Rolls-Royce is taking measures to develop the next generation jets. This week, the company said that its electric planes and air taxis will be ready by 2025. Analysts see this as a significant market opportunity for the company.

For a long time, Rolls-Royce Holdings was one of the most reliable dividend payers in the FTSE 100. That changed when the Covid-19 hit. In 2020, the company decided to halt its payouts as its aviation business dried out. With the company expected to lose money in 2022, Rolls-Royce is not expected to pay a dividend in 2022 and 2023. The chart below shows the Rolls Royce dividend history.

Analyst forecasts can help you make a good decision on investments. In general, most analysts are optimistic about the Rolls-Royce share price. For example, those at Morgan Stanley expect that the shares will rise to 131p, about 5% above the current level. Those at Citigroup see it rising by about 40% to 177p, while analysts at Goldman Sachs expect it to rise to 509p

Meanwhile, a DCF valuation method estimates that the RR share price fair value is at 3.77 pounds, 67.8% above the current level. We will update this article on February 24th, when the company is expected to publish its quarterly and annual results.

Turning to the daily chart, we see that the RR stock has been in a tight range in the past few days. However, a closer look at the chart shows that it has moved to the 50% Fibonacci retracement level.

At the same time, the stock has formed a symmetrical triangle pattern shown in green. Such a triangle is usually a sign that the price will have a breakout.

Another thing is that the shares are below the lower side of Andrew’s Pitchfork tool. This means that the stock will likely remain under pressure this year. In case of a bearish breakdown, the following key level to watch in 2022 will be at 100p. On the other hand, a move above the key resistance at 135p will invalidate the bearish view.

Rolls-Royce Holdings is a large company that offers essential solutions globally. In this article, we have looked at why the stock has lagged the broader market and why technicals suggest that the shares will drop to about 100p.