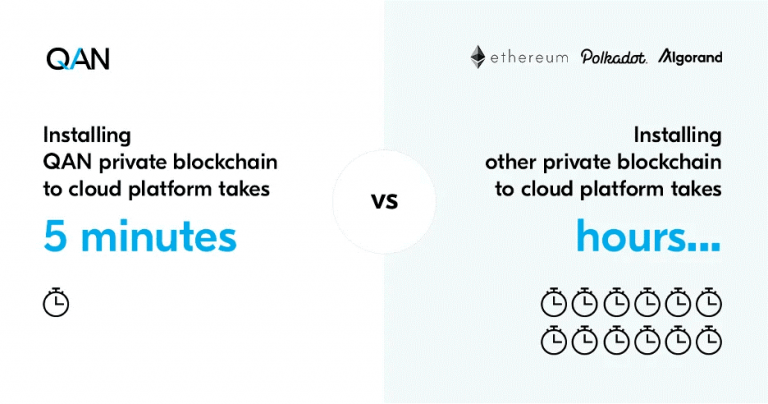 QAN platform smart contract developers will launch their platforms faster and ensure security against any quantum computer hacks with the new advancements. QAN platform now boasts of better and faster deployment of decentralised applications than other top blockchains, including Ethereum, Tezos, Polkadot, or Algorand. The team aims for mass adoption of QAN by lowering the barrier of entry for developers wishing to join the “quantum-resistant blockchains” future.

Johann Polecsak, Co-Founder and CTO of the QAN platform, believes the innovation will boost the quantum-resistance vision to completion. In an interview, Polecsak praised the innovation stating,

It focuses on lowering the entry barrier for the developer community”, allowing the faster building of DApps, proof-of-concept (PoC) projects, and Minimum Viable Products (MVP) to reach mass adoption as quickly as possible”.

In the past decade, cloud computing and blockchain technology have been the fastest-growing tech industries. In the past two years, both technologies have grown exponentially due to COVID, enhancing the use of decentralised services. In effect, cloud computing services have needed to boost data security and improve privacy to ensure users’ data is not compromised.

In this latest update, QAN aims to automate the deployment function to major cloud platforms successfully. This will ensure any blockchain developers deploying their platform on the cloud has extra security without the hustle of waiting too long to deploy their projects. Because of this innovation, DevOps engineers and smart contract developers can build quantum-resistant smart contracts, DApps, DeFi solutions, tokens/cryptocurrencies, and NFTs, the statement from QAN adds.

Users will use the deployment feature starting on the QAN platform testnet expected to launch in Q4 2021.