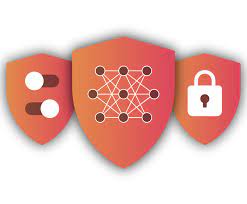 Nym Technologies, the fast-growing privacy-centric startup, has hit another significant milestone. The platform announced on Tuesday that its mainnet blockchain is ready. The blockchain operates on Cosmos. The move is an important step towards realizing its goal of setting up an incentivized global privacy mixnet.

The platform churned out the first block for its Nym mainnet on the blockchain, christened ‘Nyx’. Nym has now embarked on bringing in validators. The validators include Telco giant Swisscom, Figment, Dokia Capital,Chorus One, and several nodes. They have also brought in Guru and Commodum, who previously worked with Nym on testnets in 2021.

The validator’s main role will be to ensure consensus on mixnodes and maintain transaction history involving tokens. This will be key to safeguarding the mixnet’s privacy system. Additionally, they are tasked with protecting the network against double spending and creating certificates.

The launch of the mainnet blockchain comes after an eventful past year. Among other things, the last 12 months saw the platform launch its desktop wallet. The year 2021 also saw Nym launch an open-source mixnet explorer. These milestones set a strong foundation for the eventual launch of an incentive-rich mixnet. Users will need the NYM token to use the mixnet and mix nodes as well as earn rewards on the platform

We are thrilled to partner with Nym and support the development of privacy-enhanced infrastructure and foster new data-ownership centred business models.”

Commenting on the partnership with Nym, Swisscom Fintech Innovation Manager Dominic Vincenz was bullish about Nym’s capabilities to offer cutting-edge data privacy protection. He added that privacy and decentralization of data were key to the success of decentralized open networks.

Nym also had a surprise up its sleeve. The company revealed that it had fitted its general-purpose assembly blockchain with smart contract capabilities.

With Nym’s Cosmos blockchain supporting smart contracts, it is envisioned to execute transactions at a near-instant speed of up to 10,000 transactions per second. This is set to be a game-changer in the market segment, considering the combined forces of Nyx validators and the existing smart contract capabilities on the web-based CosmWasm. The blockchain also comes with Coconut features.

Nym CTO, Dave Hrycyszyn , stated that the general-purpose smart contract blockchain puts the Nym network on a higher pedestal to expand Coconut functionalities. He added that this is proof that the company’s investments over the past year have borne fruit and that Nym will now be even more attractive to developers.

Since it started in 2018, Nym has cut a niche in the market by integrating multiple privacy technologies to work as network nodes. It focuses on providing decentralized data privacy protection and payments credentials monitoring while providing incentives to developers. In particular, it offers protection at a network-level by safeguarding against metadata surveillance. Steered by an enthusiastic and experienced group of programmers and researchers, Nym seems determined to redefine what blockchain can do.