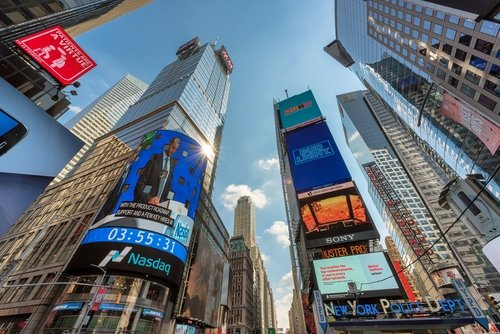 The Nasdaq 100 (INDEXNASDAQ: NDX) index has been in a deep sell-off in the past few months as investors battle numerous concerns. It crashed by over 30% in 2022 as it significantly lagged the S&P 500 and Dow Jones indices. This was the first time in years that the index lagged its major peers. Sadly, chart patterns and other technical indicators point to a deeper sell-off in 2023. The index is trading at $10,945, which is 35% below its highest point in 2022.

Technology companies as the weak links

The Nasdaq 100 index has been in a deep sell-off for several reasons. First, the index is mostly made up of technology companies. Historically, these companies tend to do well in a period of low-interest rates since they are usually riskier. Most tech companies are usually unprofitable firms showing signs of fast growth. Fed minutes published on Wednesday revealed that the committee remained hawkish even as inflation retreated. Therefore, it will be tough for the Nasdaq 100 index to rise without a Fed pivot.

Second, most Nasdaq 100 constituent companies are showing some significant weakness. A good example of this is Tesla, which has lost billions of dollars in value in the past few months. The company’s shares sold off on Tuesday after missing its delivery targets. As competition in the industry rises, there are concerns that the company will continue lagging. Meta Platforms is another weak link as the company’s business model comes under intense pressure. Other Nasdaq 100 components that are struggling are chip firms like Marvell, Nvidia, AMD, and Intel.

Third, while tech valuations have come lower recently, there are signs that many large companies are still highly overvalued. Take Tesla, a company that sold 1.3 million cars in 2022 has a market value of over $300 billion. That’s an expensive valuation considering that firms like Ford and GM are valued at less than $50 billion. Further, companies like Microsoft and Apple are still valued at over $1 trillion. This is much higher than where they were during the pandemic. As such, there are signs that the Nasdaq 100 index is going through the great reset.

The daily chart paints a gloomy picture of the Nasdaq 100 index. First, the index remains below the 50-day and 100-day moving averages, which is a bearish sign. Second, it is below the long-term downward trend shown in black. Finally, it has formed an ascending broadening wedge pattern. Therefore, while a short-term rebound is possible, the index will likely have a bearish breakout soon. If this happens, the index will likely drop to about $10,000.