Lloyds Share Price Forecast: No End in Sight for the Sell-Off 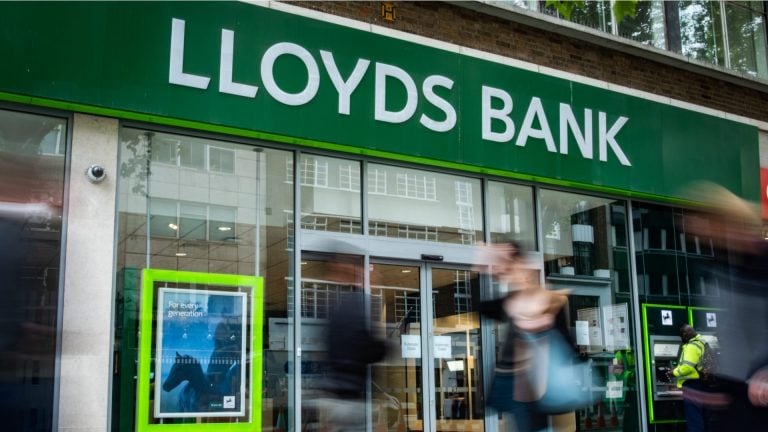 Lloyd’s share price has been under pressure in the past few weeks as investors assess the bank’s entry into the UK property market. The LLOY stock is also reacting to a recent lawsuit by a group of customers and the possibility that the UK economy is slowing down. The LLOY stock is trading at 42.40p, which is its lowest level since April this year.

The Lloyd’s Bank share price has struggled in the past few months. Indeed, the stock has already dropped by more than 16% from its highest level this year.

This performance has happened at a time when Lloyd’s is doing well from a fundamental perspective. For example, the bank recently boosted its dividends as earnings recovered. The company also managed to return some of the funds it allocated in loss provisions last year.

At the same time, the UK housing market has remained relatively strong as supply has outstripped demand. Data published by Halifax, a company owned by Lloyds showed that UK home prices rose by more than 7% in August. This jump means that home prices have risen by more than 20,000 pounds since the pandemic started. This is a good thing for Lloyd’s, which is one of the biggest mortgage lenders in the UK.

Therefore, the Lloyd’s Bank share price is likely falling because of fears that the UK economy is starting to slow down. Indeed, in a statement this week, a government spokesperson said that the government could reintroduce more lockdowns if the number of Covid cases rose. At the same time, Bank of England’s Andrew Bailey said that the bank was seeing some flattening of the recovery. This is important for Lloyds, which is often seen as a barometer for the strength of the UK economy.

The four-hour chart shows that the LLOY share price has been in a relentless sell-off recently. And this week, the stock managed to move below the important support at 42.85p, which was the lowest level on 20th July. The stock has also moved below the 25-day and 50-day moving averages.

Therefore, I suspect that the bank’s stock could break out lower as bears target the key psychological level at 40p. This view will be invalidated of the price moves above the resistance at 44p because it will signal that there are more buyers in the market.