The HSBC share price has struggled lately. The stock declined by more than 4.5% in August and is currently trading at the lowest level since February this year. It has declined by more than 17% from its YTD high. A closer look also shows that it, together with Standard Chartered, are among the worst bank stocks in the FTSE 100.

Why HSBC has lagged

HSBC is a global bank with operations in tens of countries around the world. It is the biggest European bank by assets.

Unlike banks like Natwest and Lloyds, HSBC makes most of its revenue and profitability in Asian countries like China and Hong Kong.

Indeed, the company has decided to narrow its focus to the Asian business, where it is investing heavily in its wealth management business. This is one of the main reasons why the HSBC share price has lagged the market.

In August, China authorities talked about a need for wealth distribution. In a statement, Xi Jinping argued that it was unreasonable that a few Chinese owned too much. The country has more than 1,000 billionaires.

Therefore, there is a likelihood that HSBC and other wealth managers will come under intense pressure of Chinese authorities.

Another reason is that the net worth of many wealthy people in China dipped in August as the share prices of key companies like Tencent, Meituan, and Alibaba declined. This happened as China intensified its crackdown on tech.

Meanwhile, Asia is one of the least vaccinated regions in the world and the number of cases has risen in countries like China. Therefore, this could have an impact on the overall recovery.

Still, HSBC’s business is doing relatively well. Recent reports showed that the company’s pre-tax profit surged to more than $.5.1 billion. It also released about $700 million of bad-loan reserves. As a result, the bank boosted its payouts to investors.

The daily chart shows that the HSBC stock price has been under pressure lately. Along the way, the shares have moved below the 38.2% Fibonacci retracement level. It has also declined below the short and longer term moving averages. Notably, it declined below 389p, which was the lowest level on July 20th.

Therefore, I suspect that the stock will drop to the 50% retracement level at 371p in September and then rebound later this month. The bearish view will be invalidated if the price moves above the key resistance at 400p. 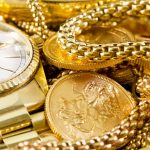