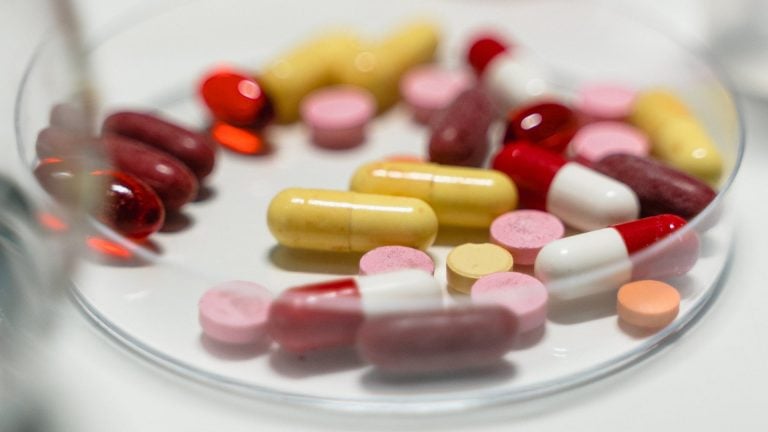 The Glaxo Smithkline (GSK) share price has fallen 10% over the last month. However, robust support has, so far, staved off a collapse. The question is, will Glaxo continue to hold up if global stock markets continue to crumble?

Glaxo Smithkline has underperformed many of its larger rivals over the last 18 months. Glaxo’s failure to produce an effective Covid-19 vaccine saw it lose ground to Moderna, Pfizer and AstraZeneca. As a result, by March this year, the GSK share price was languishing at 1,1196p, 36% below the February 2020, 1,831.6p peak. Glaxo had improved a respectable 28% by the end of August, climbing to a 9-month high of 1,528.8p. However, since then, it has been all downhill for shareholders. In the past two weeks, GSK has bounced around between 1,377p and 1,433p.

The daily chart shows that the decline accelerated when the GSK share price broke down in early September from a rising trend channel. Subsequently, the share price has dropped below the 50-day moving average at 1,441p and the 100-day at 1,420p, although the crucial 200-day indicator at 1,367.9 remains intact. If the price manages to hold the 200-day, it may offer a glimmer of hope for the bulls. However, if GSK slides below 1,367.9p, it will mark a sharp deterioration in momentum, likely leading to more selling.

If Glaxo loses the 200-day support, an extension to the support band between 1,315p- 1,335p looks likely. For now, the price is holding and therefore, until support breaks, I maintain a neutral stance. However, below 1,367.9p, the outlook turns bearish until the 200 DMA is recovered on a closing basis.