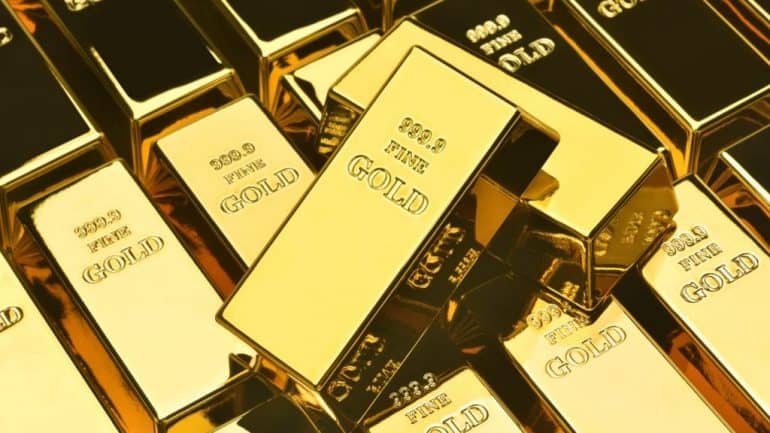 Gold prices catapulted above the $1932/ounce mark on Tuesday as the Russia-Ukraine conflict escalates. The renewed upsurge is in keeping with the estimate of institutional analysts. A strategist at DBS Bank, Benjamin Wong, has indicated that gold prices will remain bullish as long the XAU/USD pair holds above $1,770.

According to Wong, the bank was looking to add on to any dips to $1810 with a potential harvest point at $1,920. He, however, noted that gold prices could dispel any notions of a correction if a sustained push above $1950-$1973 was seen. This outlook reflects the risk-off sentiment that the market presently holds as the conflict rages. Gold prices have added 1.24% as of writing.

Gold prices will also be influenced later in the month when the FOMC meets on 15/16 March to decide the new interest rate direction. It is no longer a question of “if”, but by “how much” the Fed will raise rates. After last month’s inflation and jobs numbers, bets of a 50bps rate hike soared. This could be cemented if Friday’s Non-farm Payrolls trend in a strong direction. Higher interest rates make a case for a shift of investment flows from the non-yielding metal to the higher-yielding safe-haven currency. So apart from the geopolitical factors, traders need to watch the jobs numbers on Friday and the Fed decision to decide which way to place their bets.