GE Healthcare Stock: Is This Spin-Off a Good Buy? 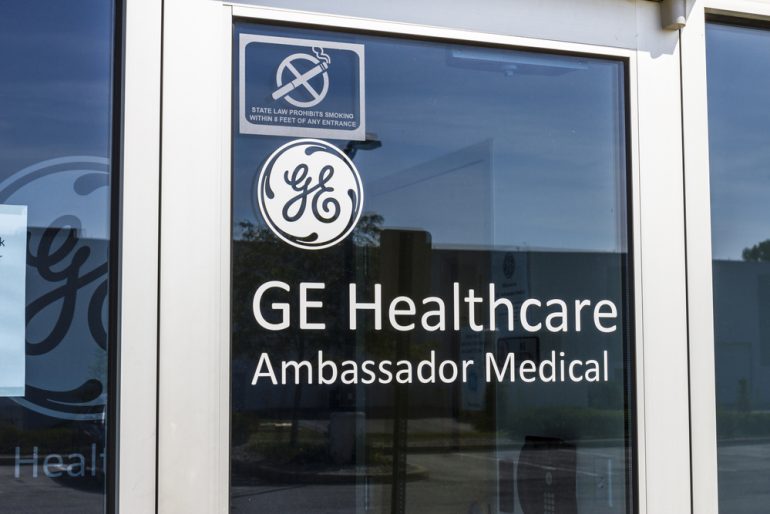 Indianapolis - Circa September 2017: Ambassador Medical headquarters, a provider of refurbished ultrasound equipment and a division of GE Healthcare II

GE Healthcare stock will start trading on Wednesday after the company concludes its spin-off from General Electric. This will be the biggest listing in a few months and will mark a strong year for the market after a difficult 2022. So, will GE Healthcare be a good investment in 2023 as it becomes an independent company?

What is Ge Healthcare?

General Electric is one of the biggest industrial giants in the US valued at over $91 billion. The company operates in several key industries like power, aviation, healthcare, capital, and digital. It manufactures some of the best-known aircraft engines for both wide-body and narrow-body aircraft. Also, it is a major player in defence, creating engines for military aircraft. The company is also an active player in the space industry.

GE stock price has been a laggard for years. As part of its strategy to boost shareholder returns, the company decided to spin-off its business into three: healthcare, power, and aviation. The first spin-off will be GE Healthcare. GE Healthcare is a company that manufactures imaging, ultrasound, ventilators, anesthesia delivery, and diagnostic ECG products. Its products are used in hospitals around the world.

GE Healthcare is an important part of General Electric. In 2021, the division made over $17 billion, making it the second-biggest part of the company after aviation. In 2020 and 2019, its revenue was $18 billion and $19 billion. It is also highly profitable as its net profit came in at over $2.9 billion in 2021,

The most recent results were a bit mixed. The company’s order book dropped to over $4.9 billion in three months to September 30. Its revenue rose by 6% to $4.6 billion while its profit rose to $712 million. The statement added that:

“For FY 2022, GE HealthCare continues to expect mid-single-digit revenue growth. Operating profit, which is impacted by inflation, foreign exchange, and investments, is expected to be at least $2.6 billion.”

There are reasons why GE Healthcare stock will likely rise in the long term. First, historically, spin-offs tend to do much better than their parent company. This happens because these companies operate independently without the bureaucracy of the large company. Some of spin-offs that have done well include Thungela Resources (Anglo American), Mondelez (Kraft Foods), and PayPal (eBay).

Second, the company is set to join the S&P 500, meaning that index funds will be forced to buy it. Finally, the company has a strong market share in its key sectors. However, the only risk is that the listing will come at a time when the stocks are struggling. So, there is a possibility that the stock will struggle in the first few months. Indeed, Philips and Siemens Healthineers shares have dropped by more than 55% and 33% in the past 12 months.