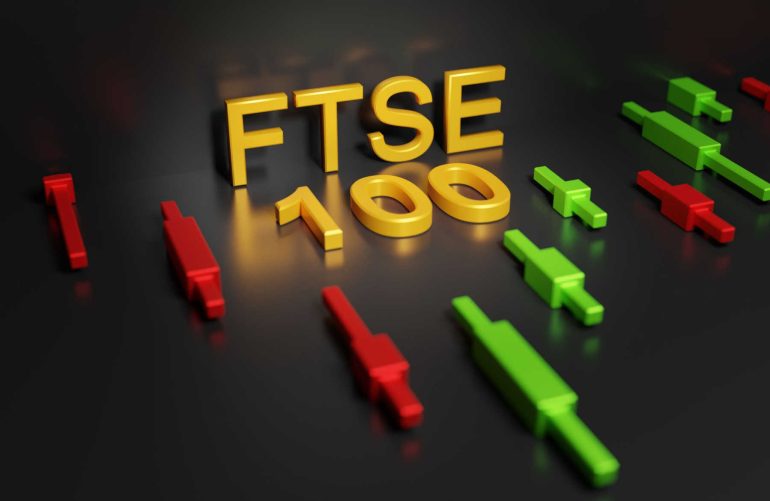 The FTSE 100 (INDEXFTSE: UKX) continues to make progress, closing in on an all-time high, as the UK economy unexpectedly grew in November. The Office for National Statistics (ONS) recorded an increase of 0.1% as the services sector remained in growth despite the soaring cost of living. The slight rise was supported by the technology sector and a strong showing by pubs and bars amid a boost from the winter World Cup in Qatar. The FTSE 100 rose 45.30 points to 7839, with British Airways owner IAG and London Stock Exchange among the stocks up by around 2%.

This positive performance comes despite the fact that analysts had predicted the economy would shrink by 0.3% for November, with the UK economy having been widely expected to contract. However, the services sector, which includes industries such as hospitality, was the biggest driver of growth that month, somewhat offsetting the decline seen in some manufacturing industries. ONS director of economic statistics Darren Morgan said, “The economy grew a little in November, with increases in telecommunications and computer programming helping to push the economy forward.”

The FTSE 100 is currently at a four-year high, having risen by 4.5% since the start of the year amid strong gains for retailers and housebuilders and after the reopening of China’s economy boosted commodity stocks. Shares were given a further lift yesterday when figures from the US economy suggested the Federal Reserve is finally winning the battle against inflation. The US consumer price index, which peaked at 9.1% in June, fell for the sixth month in a row in December and now stands at 6.5%.

However, experts have warned that the broader picture still poses challenges. “On a three-monthly basis, the UK still shrank, and a 0.1% gain on a monthly basis smells heavily of stagnation rather than real growth. The idea that the UK will formally enter a recession soon is still very much a likelihood,” said Sophie Lund-Yates, lead equity analyst at Hargreaves Lansdown. Samuel Tombs, chief UK economist at Pantheon Macroeconomics, calculates GDP would rise by 0.1% on a quarter-on-quarter basis in quarter four if it was simply unchanged from November’s level in December.

Despite the positive performance of the FTSE 100, there were some losers in the session. Bulmers drinks business C&C fell the most in the FTSE 250 after it downgraded profit expectations for the year. Shares slid 10% or 18.1p to 165.7p. In addition, Taylor Wimpey shares were flat at 112p after its trading update showed much lower sales alongside a plan to make £20 million of cost savings. The start of Wall Street’s fourth-quarter earnings season, with figures due this afternoon from leading banks, including Citi and JPMorgan Chase, will test confidence later.