EOS Price Prediction: Falling Wedge Could Point the Way to $3.6 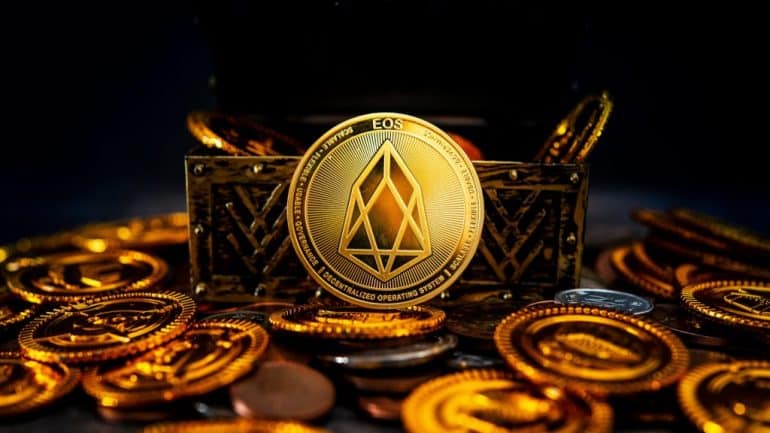 The short-term EOS price prediction could be dictated by the price pattern on the chart and not necessarily by any fundamentals of the token itself. The drop in the EOS/USDT pair was brought about by the comments of the EOS Foundation’s CEO some months ago, in which he gave a negative appraisal of the company’s performance in the last two years. Following his remarks, EOS has endured a relentless selloff, which was worsened by the negative performance of the crypto market since Omicron emerged in mid-November 2021.

Since then, the EOS Network Foundation has released its EOS Core+ Blue Paper, in which it details the road map for the project going forward. Block One has been voted out of the EOS governance mechanism. It has set up a launchpad mechanism to prepare the project for initiatives it has set out in the Lift-Off stage.

EOS could potentially challenge Solana in the future if it can put its house in order, given that Solana has deep technical issues and has suffered one-too-many attacks on its network in recent times. The EOS/USDT pair is down 1.90% as of writing, as it faces rejection at the upper border of the emerging wedge pattern on the daily chart.

The emerging wedge pattern is expected to end with a bullish breakout above the 2.417 resistance level (which intersects the wedge’s upper border). However, the pattern remains in evolution, and Wednesday’s rejection means that a downside move towards 1.664 looks inevitable.

A bounce from this support level (which intersects the wedge’s lower border) allows the bulls to push for a breakout. If successful, 3.169 becomes an immediate destination to the north. 3.620 and 4.343 could become additional targets if the advance pursues completion of the pattern’s measured move. On the flip side, a breakdown of 1,664 invalidates the pattern and sets up the price action to hit new all-time lows. 1.416 (14 March 2020 low) could be a pitstop in this process.