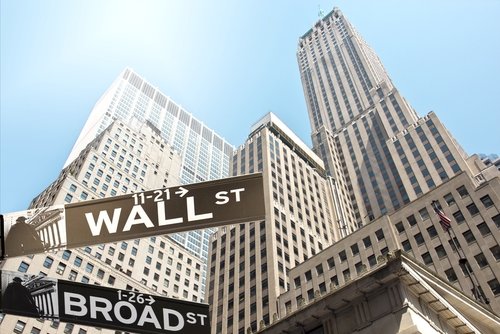 The Dow Jones has bounced off a crucial support zone, even as it records the four sessions in the red. Geopolitics and expectations of a tighter monetary policy by the Fed are exerting pressure on the market sentiment.

Dow Jones has extended its previous gains amid the escalated conflicts between Russia and Ukraine. President Putin has recognized the independence of two breakaway zones in eastern Ukraine; ordering Russian troops into the regions. As a reaction to this move, the UK and US have enacted sanctions on some of the country’s financial institutions and wealthy individuals.

The geopolitics in eastern Europe remain a major headwind in the stock market. Just like Dow Jones, S&P 500  is close to a crucial support zone, having dropped for three sessions in a row. At the time of writing, the tech-heavy index was at $4,304.77. In the short term, the geopolitical tensions will likely continue to hurt the market sentiment; an aspect that will curb the probable rebound in stocks.

On the data front, the US manufacturing PMI reading for the current month was at 52.2, up from the previous 50.5. At the same time, the IHS Markit services PMI rose from January’s 51.1 to 56. A reading above 50 usually signals an expansion of the sector.

Besides, the CB consumer confidence came in at 110.5 compared to January’s 111.1. Besides, it beat analysts’ estimates of 110.0. The bullish figures comes at a time when investors’ focus is on the Fed’s path to tightening its monetary policy. The market expects the US central bank to enact several interest rate hikes before the end of the year.

The first one since December 2018 will probably be in the coming month after the Fed meeting scheduled for 15th-16th March.The forecast is for a rise of 0.25%. In recent weeks, the wave of a tighter monetary policy has weighed on the stock market while boosting Treasury yields to  multi-year highs. At the beginning of last week, the benchmark 10-year US bond yields rose to 2.06%, the highest level since July 2019. It pulled back to 1.84% on Tuesday before rebounding to 1.96% as of 07:27 am UTC on Wednesday.

It is trading below the 25 and 50-day exponential moving averages on a daily chart. Despite the possible rebound, it will likely remain below the crucial level of $35,000 in the short term. From this perceptive, it may rebound to around $34,000 as the bulls gather enough momentum to break the resistance at that level and rise further to $34,658.08. On the flip side, a move below the critical support zone of $33,214.46 will give the bears an opportunity to retest April 2021’s level of $33,000.