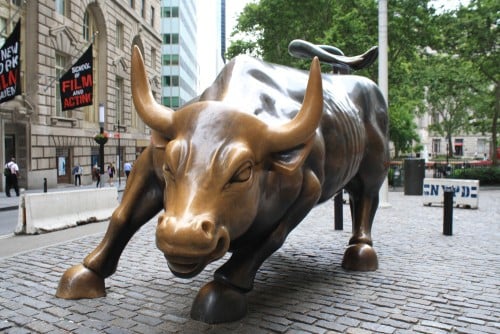 Dogs of the Dow Jones had a terrible performance in 2022 as the US economy went through major challenges. Inflation jumped to a 40-year high while the Federal Reserve delivered numerous jumbo interest rates. The economy also sank into a recession in the first and second quarters. Here are the top dogs of the Dow stock picks for 2023.

Dogs of the Dow Jones is a term that refers to the highest dividend yielders in the blue-chip index. Verizon, which has the biggest dividend yield in the Dow, dropped by 24%, making it one of the worst performers in the index. Intel has a yield of 5.94%, making it the second-biggest dog in the index. Intel stock price crashed by more than 50% in 2022 as chip demand waned. With semiconductor inventories at an elevated level, there is a likelihood that Intel shares will struggle in 2023.

Dow, the chemicals giant, has a dividend yield of 5.47%. Its stock price crashed by about 10% in 2022 as the cost of doing business rose. The company also struggled as it faced questions about its forever chemicals or PFAS products and their impacts to the society. Other top dogs of the Dow Jones like Walgreens-Boots Alliance, 3M, and Cisco declined sharply in 2022.

The American economy faces numerous challenges in 2023. It faces an elevated level of inflation, slow economic growth, and high interest rates. These challenges will likely have an impact on the performance of American companies. According to Factset, analysts expect that the S&P 500 will have a single-digit earnings growth during the year. The 5.5% estimate is significantly below the 10-year average of over 10%.

Still, companies are expected to fare much better since there are indications that inflation is easing. The Fed will also not be as hawkish as it was in 2022.

Against this backdrop, I expect several dogs of the Dow stocks to do well in 2023. Nike stock price plunged by 30% in 2022 as the company faced significant challenges. Its growth slowed and lockdowns in China had a negative impact on its business. However, recent results painted that demand was rising and supply chain challenges were easing. Therefore, I expect that Nike shares will rebound in 2023.

IBM stock price jumped by more than 9% in 2022 as the company’s turnaround improved. The company’s cloud growth was impressive and showed that it was capturing a small market share. IBM shares will likely continue doing well in 2023 because of its growing strength in cloud computing.

Finally, Walgreens Boots Alliance has been a perennial laggard in the Dow Jones. The stock has lost over 50% of its value in the past 5 years while CVS has grown by over 20%. It has also become one of the top bargains in the Dow Jones. A possible turnaround of the company will likely boost its stock in 2023.