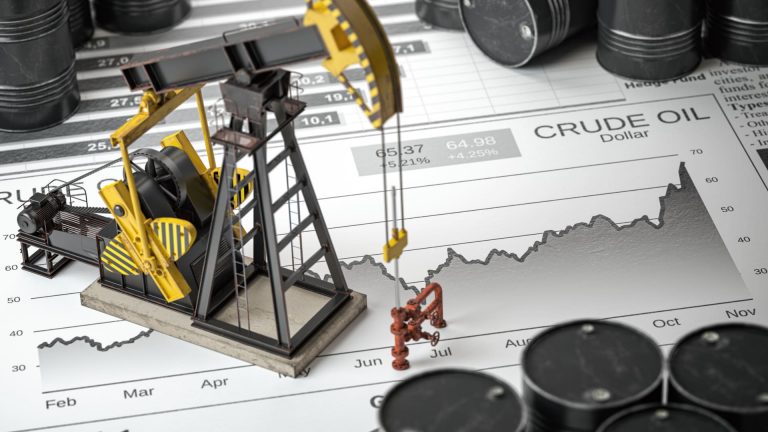 Ahead of the weekly crude oil inventories report, 80% of crude oil production from the Gulf Coast remains offline, following the devastation caused by Hurricane Ida. It is estimated that the hurricane has led to 17 million barrels of lost production.

Furthermore, Libya’s Es Sider and Harouge ports have been shut down as protests rock the area. Sources close to the matter say that the protests did not affect the production fields that supply the export facilities at these ports.

The supply shortfall allows for a rise in crude oil prices, with the Brent benchmark adding 1.43% on the day.

The dotted trendline that connects the lows of 23 March, 24 May, 20 July and the September lows continues to support price action. Price now appears to be consolidating into a bullish pennant on the daily chart. If the price breaks the pennant to the upside, we expect completion of the measured move at the 77.93 price mark. This move needs to take out resistance barriers at 73.34 and 75.52 along the way.

On the flip side, a breakdown of the pennant and the 71.44 support could precipitate a subsequent drop to the 70.01 price support, invalidating the pennant in the process. A continuation of the corrective decline brings 67.74 into the picture, with 66.81 and 65.95 forming other supports to the south.