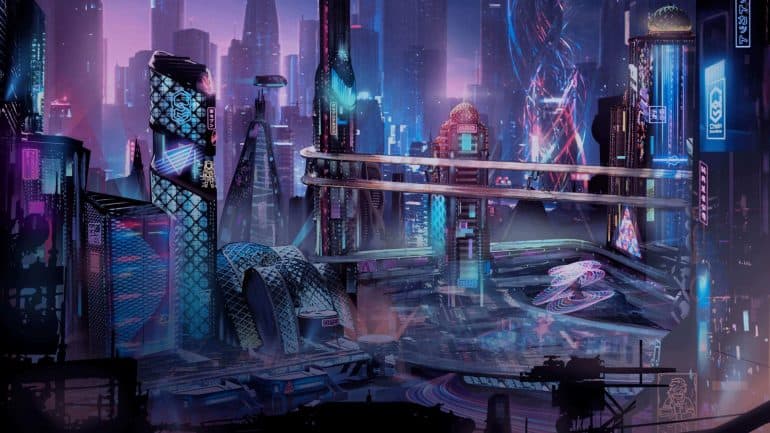 The creatives behind the P2E game, ChainGuardians, have announced the launch of The Cryptoverse. Billed as a game with enhanced metaverse capabilities, The Cryptoverse is a role-playing game that promises to onboard the masses into the GameFi world.

The game operates on Unreal Engine 5, a next-generation gaming engine. Cryptoverse is powered by interoperable NFTs built on different social layers, asset classes, and gamification mechanics. Consequently, Cryptoverse aims to create a world where businesses and players interact seamlessly in an integrated system. Ultimately, it hopes to create value for both players and businesses.

By operating on Unreal Engine 5, the Cryptoverse has Virtual Reality (VR), Augmented Reality (AR), and Extended Reality (XR) capabilities. The photo-realism within the Cryptoverse is a result of the collaborative efforts of leading global cinematic artists. Furthermore, it will support creativity by enabling users to customize the in-game virtual world. Tech-savvy users can use advanced modification SDK to build their world to their preference. Also, the game has advanced Dual Architecture SDKs for creating effects and implementing animations.

The Cryptoverse is a play-to-earn game built in Unreal Engine 5, a market leader in the gaming world. The game operates in a virtual world on an archipelago consisting of eight islands, each serving as a Zone. Each zone is unique in characteristics, tailored to the liking of its inhabitants. The center Zone is known as The Hub, and it is a common meeting point for all members from the different zones.

The CGS token, which currently serves as the in-game token for ChainGuardians, will also be the in-game token for the Cryptoverse. Consequently, current CGS holders will benefit from the new use case. Cryptoverse will soon launch the pre-sale of LAND NFTs inside the eight Zones, including the hub. The pre-sale will come with a 10% discount for buyers who purchase the NFTs through partner platforms and NFT marketplaces.