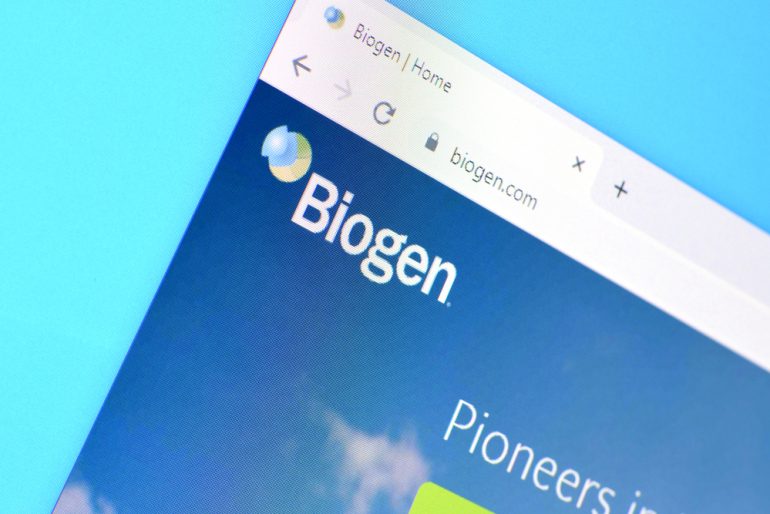 The Biogen share price has been in a strong recovery in the past few months as demand for the company soared. Its stock jumped to a high of $313, which was the highest level since September 2021. It has risen by more than 63% from its lowest level this year, giving it a market cap of more than $42 billion. This makes it one of the best-performing biopharma stock in the world.

Biogen is a leading biopharma company that focuses on rugs for people living with neurological and neurodegenerative diseases. The firm sells well-known drugs like Aduhelm, Avonex, Tecfidera, and Vumerity among others.

Biogen made headline in 2020 when it received approval to sell Aduhelm in the United States. Aduhelm is a drug that focuses on Alzheimer, one of the top illnesses in the world. At the time, it priced the drug at over $2 million, making it significantly unaffordable to most people. Facing low demand, the company lowered the price.

Biogen share price rallied this week after it made strong progress on its Alzheimer’s drug known as lecanemab. It developed the drug in collaboration with Eisai, a leading Japanese company. In a statement, the two firms said that the drug slowed the cognitive and functional decline of patients with early-stage Alzheimer’s by 27%. The two companies conducted the study in 18 months.

Another potential catalyst for the Biogen share price is its strong pipeline. The firm has 9 programs in phase 3 trials, meaning that it has significant potential in the coming years.10 and 8 drugs are in phase 1 and phase 2, respectively.

Analysts at Goldman Sachs expect that the Biogen stock price will rise to $370, helped by the Alzheimer’s drug. Other analysts from Wedbush, Barclays, Oppenheimer, and Guggenheim have boosted their outlook for the stock.

A key risk for Biogen is that the Alzheimer’s drug could fail to work as promised. For example, there have been a two deaths among participants of the trial. At the same time, it will need to share its income with Japan’s Eisai.

Therefore, the stock will likely retreat since it has formed a rising wedge pattern. If this happens, the next key level to watch will be at $285. A move above the resistance at $320 will invalidate the bearish view.