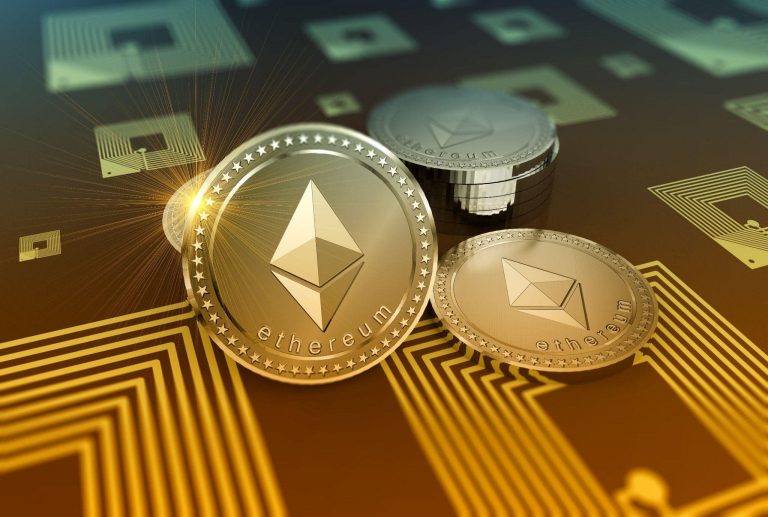 You will find in this article

Ethereum is shaping up as a crucial cryptocurrency and blockchain network on which many other blockchain applications are built. The Ethereum network is set to play a crucial role in nascent industries such as developing non-fungible tokens (NFTs) and the wider global tokenisation trend. Using the Ethereum network will involve access to the best Ethereum wallet apps for 2021. This article shall indicate what the best Ethereum wallet apps are, how you can use them to store Ethereum and how you can transact with them.

Ethereum is a public blockchain network that allows users to deploy permanent and immutable smart contracts on it. Users can interact with the smart contracts created by developers who have built entire applications on the platform. In addition, Ethereum brought some innovations that have created new spinoffs that apply distributed ledger technology.

Ethereum was created by a group of programmers, including Vitalik Buterin, who has become the project’s public face. Ethereum was not set up to become just another cryptocurrency. Instead, it was built to be a network on which people could create applications to exchange data and value. The basis of this setup is the notion of the “smart contract”, which is the program on which the transactions and applications that transmit such data and value are built.

Smart contracts on the Ethereum network have been used to create new gaming interfaces, identity and information management systems, marketplaces and more recently, the decentralized finance applications (DeFi) and non-fungible tokens (NFTs) that have become the main driver of Ethereum adoption in recent times. Given its growing popularity, Ethereum has started working on several updates, including implementing a shift to a proof of stake model. These updates are known as Ethereum 2.0.

Is Ethereum a good investment?

As far as crypto investments are concerned, Ethereum is a good investment. Some authorities even consider Ethereum to be a superior investment to Bitcoin. Ethereum is not simply crypto that is only good for paying for goods and services or serving as a currency for paying gas fees for transactions on associated ERC-20 networks. Ethereum’s DeFi and smart contract capabilities make it one of the best and most enduring of all blockchain applications. It can produce actual use case value that can benefit its holders, investors, developers, and the public.

Many developers are creating new DeFi and blockchain technologies on the ethereum blockchain, increasing its real-world value. In addition, Ethereum is expected to keep growing faster than Bitcoin since it can process more transactions per second than the leading cryptocurrency. But all these will still require you to store your Ethereum holdings in an Ethereum wallet.

What are the Best Ethereum Wallets for 2021?

There are several ethereum wallets that one can use to store their ethereum and other cryptocurrencies. The most highly rated ethereum wallet is Trezor One, which has an advanced PIN code that never leaves the wallet. Trezor One remains secure even if you connect it to a compromised computer. Every incorrect PIN input increases the waiting time by a factor of two. Therefore, you will have a waiting time of 17 years if you make 30 incorrect guesses.

The second most secure wallet is Metamask, which is software that can be easily downloaded and installed as a chrome browser extension. Metamask is the best option for people who are unfamiliar with cryptocurrency since it provides an abstraction to its users. It allows users to interact with Ethereum via the Chrome browser to access Ethereum dApps and switch between leading and test networks.

The third wallet you can use to store your Ethereum is the Laser Nano S hardware storage wallet, which allows users to store their cryptocurrency on a physical device. The Nano S is the most popular physical storage wallet that allows users to store their private keys in a non-hackable USB drive. The Ledger Nano S requires a PIN once connected to a computer.

What is the best ethereum wallet app?

Metamask is by far the best Ethereum wallet app out there. The stats do not lie. According to ConsesSys, a company that has been involved in developing the Ethereum network since its early days, Metamask’s usage has grown from just 545,000 active users a month as of July 2020 to 10.35 million by August 2021. That more people are using Metamask as their Ethereum wallet app than anyone else tells the entire story. The writer of this piece held a token from 2017 to 2021 without even logging into the platform once in nearly three years. By the time the Metamask wallet holding these tokens was opened, all tokens were still intact, with no single shred of an attempt to hack the wallet. Metamask does not make holding your Ethereum tokens a safe and secure venture. Its compatibility with several browsers also makes it one of the easiest to use, even for beginners.

Many developers use the Ethereum blockchain in the rapidly-growing DeFi applications segment that needs access to test networks. Therefore, most developers use MetaMask to access test networks and store their real private keys on their computers. However, regular users can still enjoy MetaMask’s ability to simplify their interactions with the Ethereum blockchain by providing an abstraction.

The best ethereum wallet for mining should naturally be a cold, offline wallet that keeps the mined Ethereum away from the prying eyes of hackers. If you want to keep your Ethereum holdings online so you can trade with them, Metamask would be a recommended option. As a miner, you might first want to store your ether in an easily accessible hot wallet such as MetaMask, linked to the internet. While hot wallets carry the risk of being hacked, Metamask’s security features ensure that it offers a significant advantage of being virtually unhackable and being easily accessible for transfer to an exchange or to be exchanged for fiat using a P2P trading model. Otherwise, you are best served using a hardware wallet as your best Ethereum wallet for mining.

To follow on from the last paragraph, the best ethereum hardware wallet is the Tezor Model T physical device, which stores users’ private keys away from computers and onto a physical device that has no form of online connection. This way, there is zero chance of having the Ethereum holdings stolen by hackers. Other popular hard wallets include the Ledger Nano S hard wallet, which is regarded as a great alternative. The Coinkite Coldcard Hardware Wallet is also regarded as a leading cold wallet with advanced features compared to its competitors. In today’s world, most ethereum users have many choices when storing their holdings in cold wallets, unlike a few years ago.

Ethereum Wallets and the DeFi Boom

The rise of decentralized finance led to hundreds of projects being launched to serve the unbelievable need for alternative financial services outside the fiat banking networks. Unfortunately, the surge in demand produced by these DeFi-based projects strained the previous PoW-based Ethereum network, producing a demand-supply imbalance that led to a rise in transaction costs.

However, Ethereum’s transition from a Proof of Work to a Proof of Stake consensus mechanism (the so-called Ethereum 2.0) is expected to deal with this challenge. In addition, by using a process known as Sharding, the Ethereum network will be partitioned into several chains, allowing these mini-chains to handle transactions independently. The result is that Ethereum network congestion will be reduced, transactions can be handled faster and ultimately, the network will handle more transactions faster and at lesser costs.

Furthermore, the transition away from PoW to PoS is also expected to cut the electricity consumption of Ethereum operations by 99%, which makes it environmentally friendly to mine and use the token. This point alone is expected to make Ethereum a more desirable network to work with, at a time when other blockchain applications that still use the PoW consensus mechanism become less attractive because of their environmental impact.

The Ethereum upgrade will make it cheaper and more seamless to use the best Ethereum wallet apps to send your ERC-20 tokens to exchanges for trading. It will also make it easy to move any proceeds of Ethereum trading, staking or farming of Ethereum-based tokens to your wallets without paying any of the previous exorbitant costs.

What are your plans with your investment?

Ultimately, Ethereum is going to keep rising in price over time. Its place in the blockchain industry, the decentralized finance ecosystem and the cryptocurrency market, in general, mean that it will keep getting more interest, more adoption and ultimately, greater demand.

My first plan with my ethereum investment is to hold my Ether for a long time to come to benefit from the cryptocurrency’s price appreciation. I want to be a holder for my ether holdings simply because I know that the ethereum blockchain shall form the backbone of many future blockchain projects. Therefore, it is safer to keep your Ethereum or ERC-20 tokens in your Metamask wallet to be a holder. Please do not leave them on an exchange where they will be exposed to risks.

I would invest in other promising projects such as Cardano, but my investment goals with such projects shall vary significantly. I want to hold some projects for a shorter duration where I sell after a significant price rally and buy when prices drop. These goals shall depend on the project’s long-term prospects.

What are the best ethereum wallets android users can get access to?

This discussion will not be complete without discussing the best Ethereum wallets for Android devices. The Trust wallet is the best Ethereum Android wallet due to its cutting-edge security features and wide compatibility with most ERC20 tokens. Users can receive, send and store their ether and other ERC20 tokens on the wallet available via the Google PlayStore. Other wallets that compete with the Trust wallet include the Bread wallet, Coinomi, Jaxx Liberty and the Atomic wallet. The bread wallet’s key distinctive feature is its ability to connect directly to crypto networks allowing users to store their crypto on exchanges. Coinomi’s main advantage is its HD wallet that does not require the user’s identity.

MetaMask is the best ethereum desktop wallet both for crypto beginners and seasoned ethereum professionals. The wallet can be easily downloaded as a Google Chrome extension and used within the chrome web browser. Metamask is considered very beginner-friendly because it provides an abstraction to users, making it easy to use. Exodus is another crypto wallet that can be used on desktop computers that run Windows, Linux and Mac OS. Exodus also has a mobile application that you can use on your smartphone. You can also use the official ethereum wallet known as Mist, created by the same team that developed ethereum.