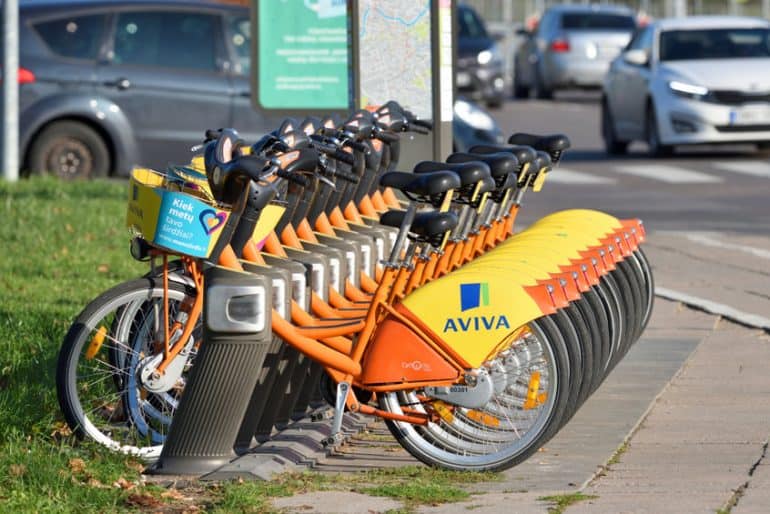 Vilnius, Lithuania - October 12: Colorful Aviva bicycles at parkinkg, available for rent on October 12, 2018 in Vilnius Lithuania. Vilnius is the capital of Lithuania and its largest city.

The Aviva share price is trading solidly higher on the day after notching up a gain of 1.61%, in a reversal of fortunes after yesterday’s market beatdown. Banking and insurance stocks endured a miserable Monday, with the Aviva share price falling 2.06% to mark a third straight losing session. However, the bulls have ensured that a 4th losing day remains off the table, with solid demand lifting the stock with a bullish gap on the charts.

This Tuesday, news filtered out on Aviva’s additional £100 million investment in ITS Technology Group, a UK wholesale fibre access network operator. ITS says the insurer’s initial investment had enabled it to significantly expand its network footprint as it delivers full-fibre infrastructure to high-demand areas for its Gigabit-enabled connectivity packages.

This investment by Aviva’s asset management division boosts its total investment to £145 million, as it had early committed £45 million to the network in January 2020. The investment appears to have boosted investor sentiment on the stock. The stock’s 12-month price target set by institutional analysts is 511.43, with the seven analysts giving the stock a BUY rating.

The day’s uptick has met resistance at the 438.5 price mark (23 February and 25 March highs). The bulls need to break this barrier to send the Aviva share price activity towards the 447.1 resistance (9 February and 21 April highs).