AMC’s credit card launch: Will it boost the company’s performance? 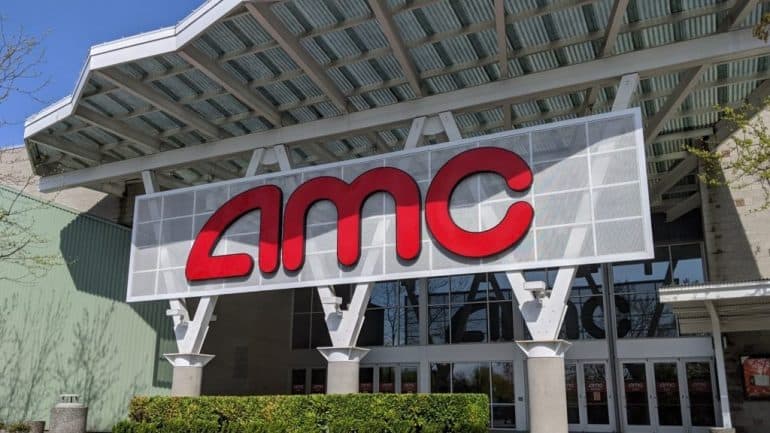 AMC stock price dropped by 0.5 per cent in yesterday’s trading session, extending a bearish trend that has seen its value drop by 3 per cent this week and 20 per cent since the year started. The aggressive bearish trend has been in tandem with the general trend of the stock market.

The Fed slowed the pace of its rate hike to a half-point, targeting a range of 4.25% to 4.5%, but it also expects to hike its key interest rate to 5.1% next year, which was higher than Wall Street anticipated. This sent stocks down sharply, with the Dow closing down 0.4% after paring earlier losses of about 1%. The S&P 500 and Nasdaq also closed lower, losing about 0.6% and 0.8%, respectively.

AMC Entertainment, the biggest movie theatre chain in the US, is launching a co-branded credit card for members of its loyalty program. The AMC Entertainment Visa Card, which is set to launch in early 2023, will offer its holders the opportunity to earn additional AMC Stubs rewards points at the movies and on everyday purchases. This is the first co-branded movie theatre credit card in the United States.

The announcement is AMC’s latest attempt to expand its business outside of the box office as the movie theatre industry struggles to recover from the impact of the COVID-19 pandemic. After evading bankruptcy and embracing its status as a meme stock last year, AMC invested in a Nevada-based gold and silver mining company and announced plans to sell popcorn in shopping malls around the country.

Most recently, the company partnered with Zoom to allow audience members to video chat from the comfort of their local multiplex. “The AMC Entertainment Visa Card is another example of AMC’s continued dedication to providing real value to moviegoers and strengthening the relationship we have with our loyal moviegoing guests,” said AMC CEO Adam Aron.

“Until now, the theatrical exhibition industry is one of the few untapped major retail sectors that hasn’t offered consumers the opportunity to amplify their purchase power, accelerate their rewards, and demonstrate their loyalty through the use of a co-branded credit card.

With a built-in customer base of tens of millions of existing AMC Stubs members, we know there are avid moviegoers who will benefit greatly from using their AMC Entertainment Visa Card at the movies and for their everyday purchases.”

As part of the perks, new cardholders who spend $50 in their first three months will earn $50 in AMC Stubs Bonus Bucks, which can be used at all domestic AMC locations and online. The AMC Entertainment Visa Card is only available.

On the technical side of things, the company continues to show signs of an aggressive bearish trend, which might further drop below the $5 price level in the next few trading sessions.